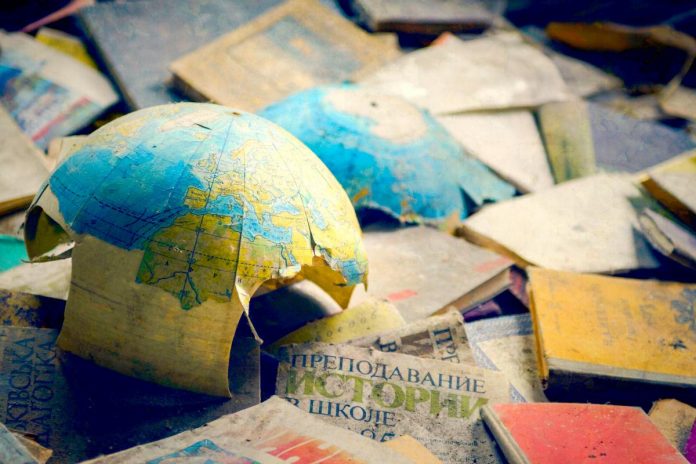 They do not, but their leaders do it on their behalf. The word ‘failed’ state seems derogatory and cut out from the lexicon of ‘developed’ nations looking down onto the lesser ‘others’. Using the term ‘developed’ nations has been, for a while, a way to avoid using the words Western nations. However, realities have moved beyond sensibilities, geographies, and political correctness because old definitions apply no more.

Singapore, Taiwan, Chile, the UAE, India, Turkey, Brazil, and China to name but a few are not Western nations. They also are not ‘fully’ developed at least in some respects mainly, in the fields of democracy and the rule of law. However, they have crossed the ‘developing’ or even the ‘emerging’ stage in terms of modern infrastructures, foreign direct investments, capital markets’ dynamics, free movement of capital, model corporate and commercial laws, education, emancipation, and so forth. They are far from being called ‘failed’ states although chronic problems still haunt some of them especially in the areas of trade deficits and currency fluctuations.

The ‘failed’ states are those that had the wherewithal to move on to the next step (i.e., from developing to semi-developing) and, instead, took three steps back into failure. Failure comes in different degrees, from utter chaos such as Lebanon, Syria, Somalia, Afghanistan Sudan, to severe but not totally shambolic situations such as Iran, Pakistan, Nigeria, and others who fit this category. The deficit in these countries is neither demographic nor one of physical resources (natural energy or access to markets). Their deficit is one of governance. That stems from the deliberate disregard to the common good (the utilitarian theory), which derives from poor education and lack of traditions of justice and equity, which come from a premeditated policy of the ruling elites, or parties, or sects who prefer maintaining a grip on said nations and keeping their populace in the dark, almost literally.

So, the so-called elite of such failed nations, whether the one in power or the one backing it (giving it financial, social, or political support), is not comprised of ineffective leaders, or poor managers or authors of accidental failures. They are the architects of doom, the deliberate engineers of total chaos that beset their countries and, the first beneficiaries of the results of their malign policies. Syria might have failed as a state but Assad, on a personal level, keeps a firm grip. Lebanon is in tatters, but its ruling class still enjoys powerful positions, statuses, and wealth hidden in some form or another. Same for the Mullahs of Iran and for the junta in Venezuela or North Korea. The term ‘failed’ state should therefore be complemented with an addendum about the ‘dark elite’ just like the fictitious Specter organization in a Bond movie. The success of such dark elite derives from controlling all means of repressive force and economic levers both legitimate (imports, exports, currencies, foreign loans or donations, tax receipts) and illicit (drugs, arms, money laundering, unofficial oil trades, and dealings in stolen goods).

What is the incentive of this dark elite to change the course of a ‘failed’ state into a developing, semi-developing or developed nation? None. One asks then, where would the change ever come from?

Outside parties -as in other nations or trading partners- have few incentives and often fewer means to cause a lasting change. The US regime of economic sanctions has proven its limitations from Cuba to Iran to Venezuela. Also exports, imports and commercial trade will occur between nations irrespective whether respectable merchants or the merchants of venom stand behind it. Illegal activities might deter developed nations from dealing with these ‘failed’ states since the origin of funds is usually fraudulent deriving from narco-trafficking, money laundering, terrorism finance, etc. However, these nations have found alternatives to SWIFT and to the Swiss banking system, to carry on with their operations. Panama, Bitcoins, barter trades, payments in kind, bullions and diamonds have been used in the past to ensure regular inflows of cash to nefarious State-operators all over the globe.

Only the internal front can make a change. That front is divided into three groups: the elite and its cohorts, the masses of the poor, and the shrinking middle-class. The rich are those who play to win. The poor are those who watch others play. The middle class plays not to lose. This last category is the only one that has the capacity to make any change but with the lack of opportunities at home it also has been split into three categories: those who join the corrupt class, those who emigrate and, those who fall into a lethargic state.

The biggest threat to this middle-class is not the lack of resources but the lack of ideas and the absence of an organized platform, despite being united by the same fate. The ideas could take different shapes from rebellion to civil disobedience, from national campaigns against corrupt elites to elections. All ideas are about choices, and all choices have their inherent risks and benefits.

It is easier said than done, but it should be said anyway “Choice, not chance, determines your destiny.”–Aristotle