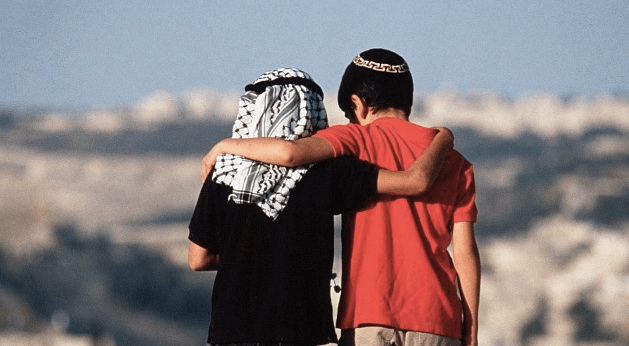 Arab generations, especially those who grew up in the 50s to 70s, were mesmerized by the anti-Colonial and later, by the anti-Zionist rhetoric. Nasser more than anyone, captured their imaginations and represented the ‘Model Arab Leader’ of the times. Later, when the tantalizing slogans were met with the harsh reality of successive military defeats, they became empty words. Thus, exacerbating the bitterness of Arab crowds.

Though it would be disingenuous to claim that losing a series of wars was the only factor that destroyed Arab national aspirations. The truth is that failure of winning at home was and remains, the main reason behind such frustrations.  It was the incapacity of building sustainable States and functioning societies that led to the collapse of many countries, rather than the military stratagem of Israel’s generals.

Loss on the battlefield alone is no cause for national decay. The French lost at Agincourt, Trafalgar, Waterloo, Dien Bien Phu, not to mention surrendering during the second world war. Germany lost and was ruined in both world wars. The US sustained heavy losses in the Pacific in mid 40s and later, it lost again in Vietnam in the mid 70s. History is littered with battles, with winners and losers. Nevertheless, nations pick themselves up and rebuild their States, their institutions, and their societies after each war, whether they be winners or losers. Only for Arabs, war seems to have a unique effect of determining not only the outcome of a battle, but the fate of several generations.

When asked why Arab regimes’ emphasis has not been on industry, agriculture, trade or on education, sciences, arts, healthcare, and other basic needs, the answer has been, the priority of the war effort against Israel. But how come did the Israelis fight and still won Nobel Prizes, irrigate their desert, built towns, schools, universities, and hospitals as well as set up traditional and high-tech industries, a modern infrastructure, energy production & export facilities and many other performing sectors? Were they not involved in these same wars as the Arabs? Were they not outnumbered in 1948, ill-equipped in 1967, and under total surprise on Yom Kippur in 1973? Were they not engaged in battles against Arab armies on multiple fronts?  Does Israel, as a nation, emphasize less its war effort than its enemies?

The answer to these self-evident questions has always been a cluster of kneejerk responses. Arab apologists will tell you that Israel has the world Jewish community behind it, and loads of money from the US and, that the West has assisted it in building its nuclear arsenal. Fair enough. However, the entire Jewish population stands at c.15 million Jews compared to c. 436 million Arabs. So, communal support does not add up, literally. Also, it is true that the US and France assisted Israel militarily, but so did the USSR support Egypt, Iraq, and Syria. On the money front, how could anyone compare the oil & gas wealth of the Arab nations with US subsidies to the State of Israel? These are rounding numbers for OPEC nations. In the final analysis, these excuses, these old lies, work no more.

The precursor of the peace movement, the late Anwar Sadat took a hard look at Egypt’s fate. He simply realized that time well spent building a semi-functioning State would be more rewarding to Egyptians, than waging interminable wars. Between ‘liberating’ Jerusalem and ‘liberating’ the economy, the latter won the argument for everyday Egyptians. Doubters would posit that peace accords were executed between leaders and not between nations. All right, so let us launch a survey in today’s Egypt. Let us ask people from all walks of life, whether they’d be willing to give up the Camp David Treaty that brough peace and stability to Egypt, and therefore economic recovery to several sector, and instead, wage wars again? A good guess of the outcome would not be hard to imagine.

Conversely, nations who still want to wage war against Israel in 2021, have not been able to build a functioning State. Take Iran for example. Since 1978, it has been in an ‘evergreen’ revolution that promised heaven -literally- to its people. Prisons are crowded, the national currency is worthless, and its brain drain of talent is unstoppable.  Iran, in an effort to export its failed model, used sectarian politics to bring few Arab nations under its umbrella by creating an ‘Axis of Confrontation’. Does anyone know the consequences onto people living in said Axis? In Yemen, Iraq, Syria, and Lebanon literacy levels, healthcare standards, happiness indices, employment rates, savings, ratings, minimum wages, and other socio-economic indicators are in free fall with no end in sight.

Welfare and warfare are inversely correlated. The sooner the priority is on prosperity, well-being, progress, and happiness the higher the chances of building functioning States, and better societies. The less emphasis on such needs, the more proliferation of failed States.