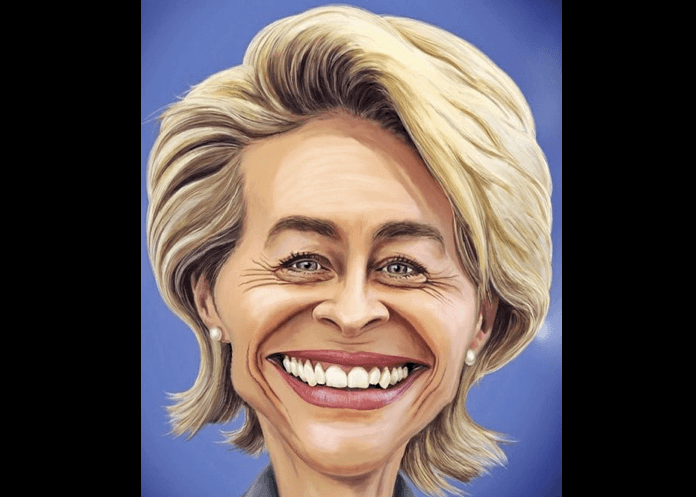 The voices of millions of free Italians meant nothing this past weekend to Usrsula of Brussels (Representative of Nowhere, frankly) if they were to elect a different genre of politicians or a brand of politics of which she (Representative of Nowhere, again) disapproves. The arrogance of the Brussels civil servants has increased -not decreased- since Brexit. One would think that the EU Commission and all the entourage of that Admin Court would be much careful about the remaining members of the ‘Club’ after the Brits gave it a farewell and the middle finger!

For once, Italy is the third economy of the European Bloc, and upsetting Italy is in nobody’s interest. Second, branding rightwing currents as deserving sanctions from the EU, without judging them on their actions once in government, is synonymous with Stalinian Tribunals for which the EU was created, in part, to disown and avert. Third, with already existing rows on the Eastern flank with Hungary and Poland over immigration, constitutional laws, and national identity, is the EU willing to open a new Western front? Finally, with Russia banging on Europe’s walls with its invasion of Ukraine, should Europe stay united or look more dysfunctional? From a practical perspective the comments of Ursula The Hun were unhelpful. From a PR perspective they were disastrous.

Long after Nigel Farage had exposed them by telling the then EU President Herman Van Rompuy:”Who are you, Who Elected You”? now the self-appointed Brussels elite looks totally out of touch with the people they are supposed to serve, not represent. People’s choices are made nationally, and the EU serves them regionally, not the other way around. There is a high-handed attitude that one can depict in Brussels way before the Brexit where civil servants felt threatened by elected representatives. This is a legitimate but exaggerated concern. Civil servants deal with procedures while elected representatives deal with real issues, with lives. In all events, it is an irrelevant conflict because the legitimacy of the votes bestows upon the elected representatives the right -nay the mission- to defend their national values without necessarily infringing upon the administrative agency of Brussels. So, where is the interference coming from? Is it the Italian voters who are dictating their views on the EU or is it Ursuala The Hun and her ilk, who are imposing their political preferences on a free Italian people?

Brexit had many flaws, but it exposed one large gap in the EU construct: not one European people (except for the Germans) adhered to a Federated Europe. Common markets yes, and even common trade rules and other functional principles, but not for same politics and same notions of nationalism and patriotic values. Why the Germans love the EU model? Because they cannot assert their nationalism due to their unfortunate past. They were happy to blend into Europe. In fact, we posit that they have attempted to conduct a reverse merger of Germany into the EU, taking for themselves, or appointing with their sine qua non approval, all EU presidents, and EU commissioners and the successive governors of the ECB under the justification of being the largest economy, since the argument of being the largest army is suitable no more.

However, not all other European nations are ashamed of their past. For one the Brits were not, and because of their illustrious past in WWI and WWII they could tolerate no more a European Super State that had centralizing (and authoritarian) tendencies, which tendencies are transpiring more and more since Brexit. The Italians are also proud of their values including their religion, their family, and their nation. What’s wrong with that? If Soros and other media/industrial moguls do not approve of assertive nationalism because they see it as an obstacle to globalization and to free access without national checks, should the proud nations of Europe and their citizens acquiesce to such points of view?

Instead of Georgia Meloni being lectured, Ursula The Hun should get schooled in politics. We leave this ignoramus of individual liberty and democracy with the following quote from Aristotle, a free Greek, who is posthumously an EU citizen: “The basis of a democratic state is liberty.”