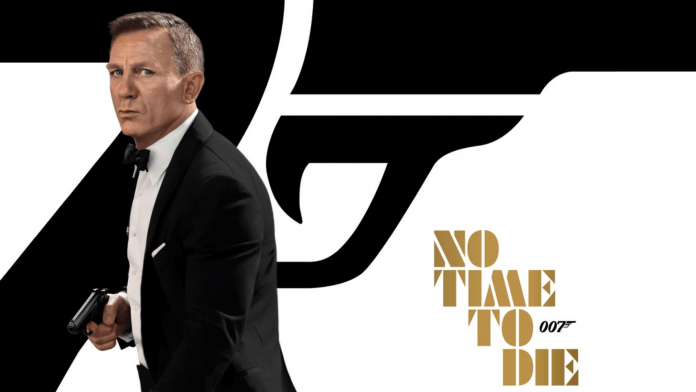 The most recent James Bond is disappointing. Here you have it, from the outset, the verdict has been rendered. The opinions will be divided, the critics will be debating, the viewers will be judging, and the curtain will fall -with a whimper not a bang- on the Bond legacy. This time our secret agent, working for MI6 under the code name 007, and being fully licensed to kill, is anything but a fraction of his former character.

He is ‘secret’ no more, since everyone knows where he lives, or rather where he has elected to be secluded. The choice of Jamaica was judicious since Ian Fleming the creator of the Bond character wrote most of his novels on that island nation, starting in 1953. However, we experience next to nothing of the birthplace of the famed author except a ride in a sailing boat that lasts few seconds, the catch of the day being tossed on the ground, an exotic shower place fit for Tarzan not for James (or for Jane for that matter), and the somber setting of a shady nightclub that plays unrecognizable tunes.

He is no MI6 ‘agent’ anymore as he officially retired after the dramatic events of the previous movie. Since when Bond had sequels? Since when did the Bond plot and characters (apart from M, Money Penny, Q and Felix Lecter) stay the same from one feature to the next? Bis repetita with Specter omnipresent, Bloefeld still alive, and the love of his life (?) aka Dr. Madeleine Swann not only permeating the movies but reproducing in the form of a child-daughter.

Political correctness dictated that the next 007 agent be a female, black character. She ticks all the boxes but alas, not at the box office. She can barely act, let alone play the part. She looks like a character from the Fast & the Furious not from a Bond movie. She leaves no lasting mark as opposed to ‘Jinx’ (or Halle Berry) in ‘Die Another Day’. Coming out of the water dripping or wielding a gun like a pro, or jumping off a steep cliff, Jinx or ‘Holy Halle’ exhibits grace, humor, charm, and charisma whereas the new Bond has none.

Bond is a fictional character about a smooth operator who works for the good guys with a license to kill the bad guys. He also gets the bonus effect of meeting and mating with beautiful girls, of driving and ruining fancy sports cars, of traveling and staying at exotic places, and of ordering and drinking Martinis that are ‘shaken but not stirred’.

Sadly, in this movie, you will find him a paramilitary-like mercenary totting a machine gun with a rocket launcher, not an adroit spy with a Walter PKK 7 mm. We signed up to watch Bond not Rambo, or so we thought.

Back to the Bond girls. At the exception of one sequence with a CIA trained,  beautiful looking Cuban agent, all other female characters are either MI6 agents or working for MI6 including, Dr. Swann. An office affair that could raise hell in these Me-Too days, but no one seems to mind as long as political correctness is in the air.

The vintage cars are the only consistency in this movie as even the gadgets that Q offers Bond are limited to a watch that emits strong vibrations capable of doing some serious damage. Thank you, Omega, for the sponsorship, but we will not get the watch. It is neither fun to use nor stylish to wear, it is simply redone with little differentiations from previous models.

As for the ‘bad guy’ character, another politically correct choice was de rigueur: Rami Malek. Without an ethnic touch, there seems to be no spices in the movie dishes anymore and here we got served the full bowl. But here again, we had no wise cracks, no evil genius with a hysterical laughter and a pet cat, or any of the old/new quirks. Rather a serving of a sad, depressed, slow talking, megalomanic. Even his background story is cliché, having had his family wiped out by Dr. Swann’s father, like many ethnic minorities that have been obliterated in real life.

Bond dies at the end of the movie to save the ‘free world’ and his lover and child. A family man who few minutes before the end, wipes out every single armed opponent he encounters in the bunker. I counted more than 20 kills. Some man. Some family!

If you want to make a Bond movie, go back to the drawing board; and if not, that’s fine too, but don’t use a fictional character with well-known traits to fit the mold of the Climate-Changing, Me-Too Movement, Woke-Cultural Revolution.

Get Alec Baldwin next time, he can’t shoot for shit, but the bullets are for real!