Time to have a United GCC market 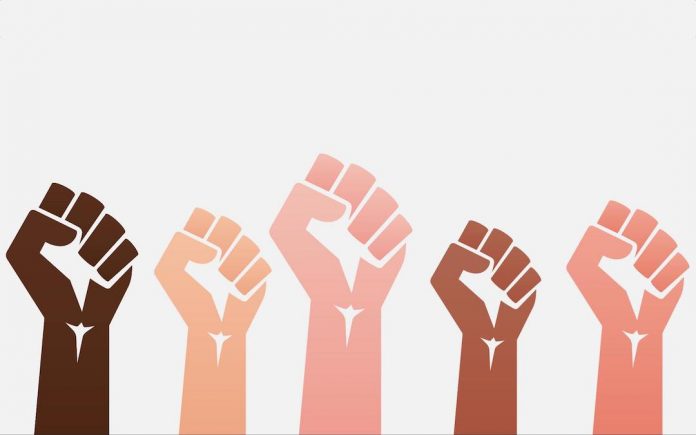 If all the currencies of the GCC are pegged to the US Dollar and to oil prices, what stops the bloc from having the same Riyal or Dirham or whatever common currency as a unitary means of exchange of goods and services?

If all the countries of the GCC adopt a rather comparable policy towards personal income taxes, duty taxes and customs, what is the obstacle in having a common market in the true sense: free circulation of products, services and people? What is to hinder a law firm or a bank or an accountant’s firm licensed in Riyadh from operating in Dubai or Kuwait or Doha or Muscat freely and vice versa? Why would an IPO or a bond offering in Oman not comply with the same registration and disclosure and later, to the same listing and trading rules as the stock markets of each of the bloc’s countries.

If all the countries of the GCC have a similar foreign policy, maybe at different degrees of intensity vis a vis certain issues, would a GCC commission or even parliament not be elected or appointed or partly appointed/elected? France has a different stance than Germany towards Turkey and one that is closer to the views of Greece and Hungary, so even on the foreign policy all nations need not hold similar or identical positions.

As for foreign workers and professionals, the so-called expats, they could all abide by the same regulations within the bloc and freely travel without limitations or restrictions. We see it with bankers, lawyers and consultants who leave on Sunday morning to Saudi and return on Thursday evening to the UAE. Why can’t carpenters and lesser skilled workers do the same? What harm would that do?

As for the benefits, they could be legion including the negotiations of trade, environmental, banking and tax agreements, to name but a few topics, with other blocs such as the EU, US, China and others. Being part of a united community has the effect of making opportunities grow exponentially. This will not affect internal security as all the GCC countries have security checks and rules that would not be dented by a closer union. As for expats, always a thorny issue for some, they would submit to one GCC visa and obtain (or be denied), such visa after all security services of the relevant nations grant their accord. Just as is the case with the Schengen visa system prevailing in the EU. Still each country could have different rules for residency, and that would not affect the spirit of such union. In France, residency is not granted with the automatic purchase of property, while in Spain, Portugal and Cyprus the case is different. So, people chose where to reside and under which laws, but once a resident, then such title would allow its holder to travel freely throughout the countries and markets that make up such union.

In the case of the stock market, the bonanza could be significant. One SEC-equivalent could be set up with rotating commissioners from each of the GCC nations to preside over it, a single ‘prospectus’ format would be adopted, and an identical set of legal, financial and governance rules would apply on all GCC-based issuers allowing them to tap into the immense wealth of institutions and individuals who reside within the boundaries of such bloc, and beyond. The stock market could be virtual with no need for a physical ‘pit’ or trading floor or the ‘main building of the exchange’ rendering the stocks, bonds, or hybrids easily listed and traded on the screens of brokers, bankers and investors willing to participate in such exchange of financial instruments.

On the social, cultural and sports’ levels a closer cooperation would increase the discovery of new talent and the proper nurturing of future prospects. A GCC Olympian would remain Omani, or Saudi, or Emirati, or Bahraini, or Qatari or Kuwaiti, but the pride and the marketing buzz would be shared by all such nations who breed amongst them such successful athletes.

Purchasing vaccines in bulk and distributing them -at times similar to the Covid-19 pandemic- would be twice as effective, streamlined and, widespread which is arguably better than being left to the bureaucracy of each nation and administration hence, further securing the free and safe movement of people within the bloc.

Since the trend of globalization seems to still be going strongly, why can’t the region start via the integration of a united market on its path of true regionalization?

There are several risks to encounter including, but not limited to, fierce competition between firms capable of offering services at competitive rates to gain market share and, professionals willing to offer services at cut-throat fees to undermine peers and secure additional clients. However, the ultimate beneficiary of such competitive drive would be consumers whether corporations or individuals who stand on the receiving end of such goods and services. One should not confuse ‘unfair’ competition with fierce competition. Unfairness comprise elements of fraud or scienter or subterfuge and should be quelled and prosecuted on every occasion. That is a given and not subject to negotiation.

Regulation and internal security are perhaps the union sceptics’ biggest fear. Yet the cost of regulation could be offset by benefits in fields like the environment, product safety and food standards. Regulation is also essential to apply common minimum rules across the GCC -on building materials, industry standards, pharma and medical products, insider trading and financial fraud- that are at the heart of any single market.

Internal security is another serious matter to be dealt with carefully. However, such sensitive issue can be tackled with the establishment of a GCC wide police system that coordinates, monitors and fights criminal offenses (from physical to cyber) when matters cross the border of one union country into another as EuroPol or InterPol operate on a larger scale.

Someone who knew this region better than many and, before us all, Alexander the Great is credited with the following quote which should give skeptics an opportunity to reflect and, leaders an incentive to act: “Remember upon the conduct of each depends the fate of all”.