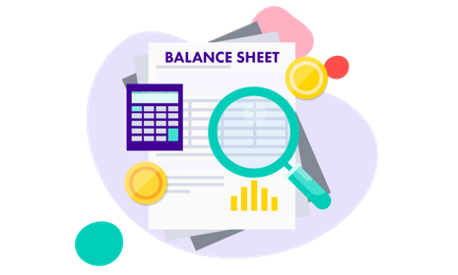 We have not seen any popular demonstrations in the streets of Cairo or Baghdad let alone Saudi and the UAE in support of Hamas. Support remains strong for the Palestinians across the board especially, for those who claim their legitimate rights through civilian means. Albeit, with stones and rocks and sticks. What Hamas, Hezbollah and the Houthis have missed in the last decade is not that the Arab support is waning for the Palestinian cause but that they have been exposed as blunt instruments of Iran’s expansionist policies in the Middle East. Another observation to make is the fact that diplomacy has paid off for the Arab world from Camp David to the Wadi Araba peace treaty with Jordan, and lately, the Abraham Accords. The peace dividend, even if emanating from a Cold Peace, rather than fullhearted reconciliations, yields more than rockets and drones. Cairo can intervene with all involved to calm things down in Gaza, Jordan can offer constructive advice, and the UAE, Bahrain, Morocco and Sudan can officially protest before the Israeli government via their diplomatic emissaries in Tel Aviv, not via terror groups.

The language of this era is not that of the last century. Attacking civilian urban centers in Israel cannot be supported no matter how forceful the case or how genuine/or not, the grievances. Israel has won the argument of ‘defensive war’ whilst the terrorists have not gained the sympathy of the world for their causes. The definition of insanity is well known, and to paraphrase it in the present context, repeating the same thing by Iran’s proxies, over and over again, and expecting a different outcome is simply suicidal.

Did the ineffective rockets of Hamas free Jerusalem or help the cause of the Arab families being evicted from their ancestral neighborhoods? Did the drone attacks on Aramco stop the flow of oil and Saudi’s influence within OPEC or the world? Did the Hezbollah war on Israel in 2006 bring about peace, prosperity or 24 h power supplies to the Lebanese? The answer is a flat no, and any expectation to the contrary is another form of insanity. These projects are ‘spoiler’ projects, they aim at best to disturb, to derail, to wrongly influence, and to hinder the course of diplomacy in the Middle East.

It is no coincidence that such acts have become more recurring since the Biden administration took office. It would be unfair to blame the new resident of the White House for such flare-ups of wanton violence. However, the few actions taken by the current administration did not help quell the desire of Iran to press its case on the battlefields, as it pushes its arguments on the negotiation table in Vienna. Delisting the Houthis from the terror list, staying silent about attacks by Iranian militias on US bases on Iraq, keeping mum about Hezbollah’s takeover of Lebanon, and equating the Palestinian cause with the interests of Hamas, are geopolitical blunders. What is even more damaging is the fact that the Biden administration considers, as the Obama team did before it, that such terrorists represent Iranian ‘equities’ in the Middle East that need to be spared for the sake of salvaging the Iran Nuclear Deal.

Equities they are not, but for sure they do constitute serious liabilities not only for the moderate Arabs and Israel but for the US, EU, and rest of the world.

Time to clean up Iran’s balance sheet by writing off these so-called equities and treating them as the proxy terror groups that they are. Curtailing their funding sources, imposing sanctions on their leaders and bringing them to justice, and comprehensively destroying their military arsenals, are the sole remedial means. Until then, the region will continue to suffer from chronic deficits of trust, from recurring cycles of violence and, by the time the dust settles on the Middle East there will be very little peace dividend left to divvy up.

The Confederate Republic of Lebanon

Copa America 2021 Must Be Cancelled

Time to have a United GCC market

Euro 2020: Germany come from behind to win six-goal thriller against Portugal

Portugal 2-4 Germany: Hosts come from behind to win entertaining clash

After a bizarre year, school's out – The Boston Globe

Dollars, deals and the importance of nondilutive capital

This website uses cookies to improve your experience while you navigate through the website. Out of these, the cookies that are categorized as necessary are stored on your browser as they are essential for the working of basic functionalities of the website. We also use third-party cookies that help us analyze and understand how you use this website. These cookies will be stored in your browser only with your consent. You also have the option to opt-out of these cookies. But opting out of some of these cookies may affect your browsing experience.
Necessary Always Enabled

Performance cookies are used to understand and analyze the key performance indexes of the website which helps in delivering a better user experience for the visitors.

Analytical cookies are used to understand how visitors interact with the website. These cookies help provide information on metrics the number of visitors, bounce rate, traffic source, etc.

Advertisement cookies are used to provide visitors with relevant ads and marketing campaigns. These cookies track visitors across websites and collect information to provide customized ads.

Other uncategorized cookies are those that are being analyzed and have not been classified into a category as yet.