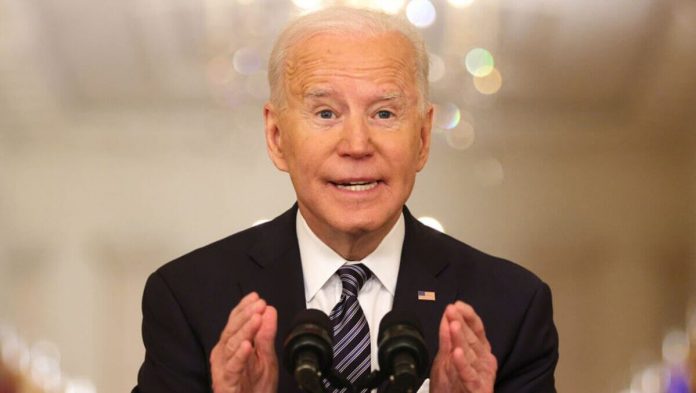 The Biden administration has criticized the veto used by Russia, as a permanent member of the UNSC, over its condemnation of the invasion of Ukraine. The U.S. has invaded many countries in the recent past (from Panama to Afghanistan to Iraq) and, would have done the same if any such invasions were condemned by the UNSC. This is no justification for the internationally condemned, naked aggression, barbaric attack against Ukraine by a rogue Russia, led by a former KGB thug. This is a commentary on the specious statements of indignation and surprise, expressed by the U.S. via its U.N. representative. The U.S. customarily uses such vetoes when its direct interests are at stake. So, why such surprise and indignation? What would they tell the world, and what kind of solace, support or even relief would they bring to the civilians of Ukraine who are under attack? None. Just another exercise in diplomatic football between powerful nations while the weak ones are crushed under advancing tanks, literally.

In that same breath, the Biden administration, this time via the U.S. State Department, issued a statement that the Vienna negotiations with Iran are continuing with the (welcomed) participation of Russia. How could one reconcile these two positions? On the one hand, Russia is an untrusty partner, an international pariah state, and an actual aggressor of a European independent nation. On the other hand, Russia is a trusted partner trying to bring nuclear proliferation in the Middle and Near East under control. The contradiction is beyond bizarre. For how the West could ever brandish the specter of harsh economic sanctions including, cutting off Russia from the SWIFT payment system and, still engage with Russia in diplomatic negotiations about the Iranian nuclear issue. The same U.S. State Department also noted that the U.S. is not considering any sanctions that might compromise the oil and gas assets of Russia. So, the treasury of Russia, who just invaded a neighboring country, will not witness any dwindling in cash flows from oil and gas which, are in fact, poised to increase amidst the ongoing crisis. It seems that ‘Money being the nerve of war’ has a different explanation according to the diplomatic Thesaurus of the U.S. State Department.

The clumsiness does not stop here, it continues further. As per reliable news reports, the U.S. has shared with China intelligence on Russia’s preparations to invade the Ukraine in an effort to enlist its support at averting such invasion, only to find out that the same intel was passed on to Russia. According to the NYT, over three months, senior Biden administration officials held half a dozen urgent meetings with top Chinese officials in which the Americans presented intelligence showing Russia’s troop buildup around Ukraine and beseeched the Chinese to tell Russia not to invade, according to U.S. officials. Each time, the Chinese officials, including the foreign minister and the ambassador to the United States, rebuffed the Americans, saying they did not think an invasion was in the works. After one diplomatic exchange in December, U.S. officials got intelligence showing Beijing had shared the information with Moscow, telling the Russians that the U.S. was trying to sow discord — and that China would not try to impede Russian plans and actions, the officials said.

Finally, after the invasion of Ukraine became an unstoppable reality, the U.S. proposed to evacuate the President of Ukraine, which offer was summarily rebuffed. Indeed, Ukrainian President Volodymyr Zelensky was asked to evacuate Kyiv with the help of the US government but turned down the offer, a report from Associated Press said. “The fight is here; I need ammunition, not a ride,” according to a senior American intelligence official, the report said. The U.S. has discovered to its surprise that not every ruler is like the Shah of Iran, or the President of Afghanistan or some other nation which benefited from a specious U.S. support before being dropped from its list of priorities and becoming lost ground to the West.

President George Washington was nicknamed the ‘American Fabius’, for his Fabian military strategy during the Revolutionary war, President John Adams the’ Colossus of Independence’, President Thomas Jefferson the ‘Apostle of Democracy’, President Andrew Jackson the ‘Hero of New Orleans’, President Martin Van Buren the ‘American Talleyrand’; and President Abraham Lincoln the ‘Great Emancipator’. In modern times, one of the attributes of the occupant of the White House has been the ‘Leader of the Free World’, a term that took a whole new dimension after the fall of the Berlin wall on November 9, 1989. Not anymore.

The White House occupant has turned, during the Ukrainian invasion, into another anchorman of a news station the likes of CNN, Fox, or the BBC have never seen. This POTUS issues statements, condemnations and more so, communicates alerts and warnings of catastrophes to come, of calamities about to occur, as if this POTUS was a mere observer, just a commentator or a bystander.

Winston Churchill once said: “History will be kind to me as I intend to write it”, and President Biden too will have a quote to his name after the Ukraine war “Destiny will be true about me as I have failed to face it”.