The Return to Realism? 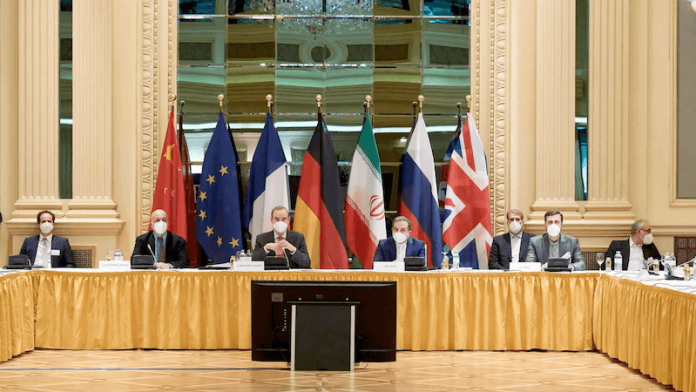 What is going on in Vienna and Baghdad? Are we at the beginning of the long road towards a grand regional bargain?

Talks between Tehran and Washington over sanctions and the JCPOA in Vienna seem to be proceeding apace. The news from the Financial Times is that Baghdad is serving as the site for fresh high-level negotiations between Tehran and Riyadh. And the UAE is leading the drive to re-integrate Syria into the Arab fold. These are interesting times indeed compared with just some months ago when the region was alight with geopolitical fires.

The Lebanese know very well why Baghdad is proactive about mediating between Riyadh and Tehran. Iraq was pulverized when in 2003 it replaced Lebanon as primary site for geopolitical battles. Battles galore by regional and extra-regional states, state and non-state actors, brought Iraq’s society and economy to its knees. Its political class is not even able to impose by force a sectarian system foreign to Iraq’s history, one that is euphemistically labelled the muhasasa al-taifiya. There is a need to go back to tried and true clientelist policies to stay in power, and the only way for Iraq’s ethno-sectarian elite to do so is for a measure of domestic peace and regional order. Such is the price of a rentier economy.

But Baghdad is not the only capital tired of the battles of the past decade. Riyadh has learnt the hard way the price of its adventures in Yemen – at a huge cost to the Yemeni population but also the kingdom’s own budget and prestige. Iran has reached the limits of its resilience and regional influence – at a huge cost to its population and the array of proxies it deploys across the region. Washington’s ‘maximum pressure’ campaign under Trump has given way to a return to realism under a Biden who recently vetoed his generals over the Afghanistan withdrawal.

But there’s more than just geopolitical fatigue to what looks like a return to the negotiating tables in Vienna and Baghdad. All over the Middle East, and only with minor exceptions, regimes are facing a structural fiscal and economic crisis like no other. How to respond to the socioeconomic and political demands of a young population with not much by way of employment prospects is the priority for the coming decade. Force alone is no guarantee to regime stability – look at Jordan’s recent palace saga, boring but instructive. At the end of the day people want food and jobs, not royal lore or religious ideology. America also has its share of economic hardships at home to worry about.

Is the region then ripe for that hitherto elusive grand bargain? Maybe. But this time around any prospective bargain has to include new items on the menu of negotiations, but especially the future role of Iran’s proxy actors in the region and limits to the spread of its precision guided missiles across the region. It will also mean regional players learning to share the region through spheres of influence rather than seeing the region in zero-sum lenses. Some, like Egypt, Jordan, and Hizbullah, have to live with new downsized roles. But isn’t this what realism is all about?