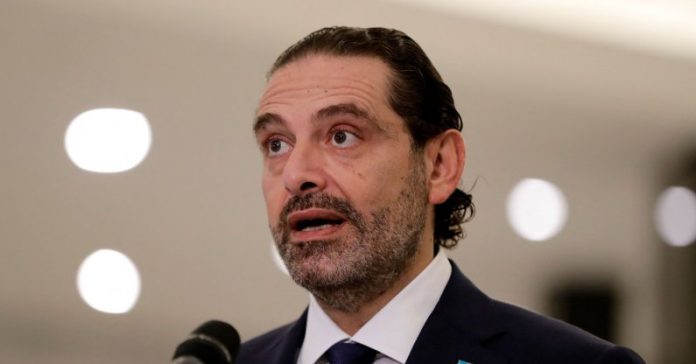 Saad Al Hariri will go down in history as the most mediocre, inept and unworthy PM of Lebanon, including the world-record failure of a PM aka Hassan Diab, the current head of the care-taking government.

Whether this verdict on Saad Al Hariri is too harsh, will be elucidated through our quick and factual analysis.

When his late father PM Rafic Hariri was starting his long political career in Lebanon in the early 90s, the leadership of Saudi Oger, the family flagship construction company, did not fall into the lap of either of the PM’s older scions: Bahaa and Saad. It fell to a trusted hand, Nabil Al Jisr, an engineer with long experience in Saudi, and coming from a prominent political family of Tripoli. During such ‘transition’ period Saad demonstrated his skills at marketing, and kowtowing to Saudi princes (one in particular, the former Crown Prince of Saudi Abdel Aziz bin Fahd or Azzouz for the intimates). Saad was no engineer, was not endowed with any construction skills and was not overly bright. He rather was affable, amenable and subservient to the whims and desires (including intimate requests) of the Crown Prince. That did it, and he inherited the corporate throne from his father.

After the assassination of PM Rafic Hariri by Hezbollah and the Syria regime, acting in cahoots, the same toss of the coin was played again: Bahaa or Saad? The political skills of either were nil and frankly irrelevant. Again, Saad was viewed by the political class that was on PM Rafic Hariri’s payroll, from all sects confounded, as affable, amenable and someone who would continue the business of baksheesh as usual. Whether the overlords were Saudis, Syrians, or now lately, Iranians, this streak of kowtowing and paying (and getting paid also) all the way through, would perdure with someone who has no other skill, talent, ability, dexterity, prowess, competency, adroitness and expertise, except nodding, taking orders, paying and getting paid. That did it, and he inherited the political throne from his father.

A PM in Lebanon, post-Taif Accords, is key. Although constitutionally the executive power is vested in the entire Cabinet, in practical terms it is the PM that sets the tone for the entire government’s policies. Especially since Hariri père, aided by Syrian support, Saudi backing, US acquiescence, and his personal purse, the PM’s office put its imprimatur on all political & administrative appointments, budgeting, public works, privatizations, and other critical domestic initiatives including proposing voting laws and gerrymandering of electoral districts.

The position of PM, especially one held by a member of the Hariri clan, was reinforced after the assassination of late Rafic and Saad inherited a country wide support (not limited to Sunni followers) that brought him to the upper echelons of national politics. He also benefited from the regional (GCC+Egypt+Turkey) and international network (France + US) that his late father left him. Last but not least, he inherited a large chunk of Saudi Oger, the family flagship and some change from other family assets, making him one of the youngest billionaire PMs around the world, if not the only one.

However, the power or rather the curse of mediocrity soon caught up with him. Devoid of any other skill than inheriting and taking orders before giving & taking bribes, he could not manage the challenges of a Premiership in a country such as Lebanon where politics is a blood sport. He also could not steer the family affairs in Saudi and adapting the flagship company to the changing winds and to the sail’s direction of the new Crown Prince. Saad continued blindly to follow what he knows best: kowtow, smile, pay and, get along.

After such an analysis, we submit to the Lebanese people our sincere congratulations on the final demise and the exit of a person, whose cause may be just, but whose mediocre person is undeserving of his father’s legacy both political and financial, and of Lebanon’s PM position which, granted, is not a prized function per se, but whose authority should command more than the power of mediocrity.

Happy Eid, one could not have expected a better gift from the Heavens.