The Olympic Games: An Escape from Reality 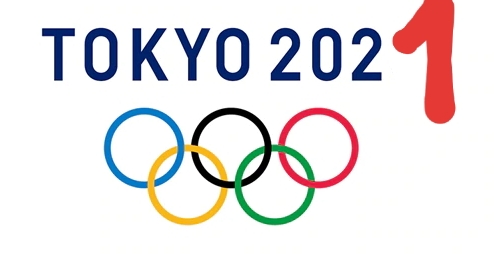 The summer Olympics represents a period in the sport’s calendar where it demands the attention of the world. After all, the International Olympic Committee (IOC) carries out a remarkable marketing and public relations campaign making sure that their competition has all or nothing implications. This heightened tension is further supported by a credo under the heading of “The Olympic Spirit” which serves as its holistic mantra. It essentially evokes the sentiment of togetherness and champions the cause of tolerance. That’s what the IOC is selling. But, in an atmosphere where the cultivation of an all or nothing attitude is prevalent and professional athletes who are drilled to win at all costs, can we be certain that this spirit is real or is it a fabricated illusion? There seems to be a debatable discussion over what the IOC is selling sports fans.

I present to you the first selling point from the IOC that their assortment of competitions has “do or die” or “all or nothing” stakes. To a certain extent, it does not. Athletes compete year-round in world championships in their specialized sports and regard “The World” title just as much as they would an Olympic Gold. Take for instance the world’s most popular sport, football. It’s on the Olympic schedule but it isn’t regarded by anyone associated with the sport including the local football federations as a major event. This is evident based on the players the football associations send to compete at the Olympics. Those headed to the summer games are 5th tier players at best. Whereas, as we all know, the FIFA World Cup is regarded as the mainstream media’s most prestigious tournament. But I’m not an absolutist. The Olympic Gold has value I’m merely emphasizing that it doesn’t have that “make or break” connotation attached to it. Athletes can still be regarded as phenomenal sportsman by winning other notable and valued competitions.

The second IOC distortion of reality is in the nationalism neighborhood. The committee endorses the message that the Games are about celebrating the athletes. To cheer and marvel at their tremendous feats of strength, speed, resilience and so forth, regardless of what they represent. Their aim here is to promote tolerance. But I wonder in what make believe fantasy is that possible when at the same time the Games are blazing at full volume the national anthem of every winner. This entire sporting event is a promotion of a country’s nationalism which includes the flags and the toe-tapping national anthems. I find it extremely difficult to digest that one can foster a hub of tolerance while glorifying the appeal of nationalism. Athletes become interchangeable once you drape them in a country’s flag and play that country’s theme song. The moment becomes about the nation rather than the citizen. It becomes about how great this country is at producing talent versus how remarkable that individual is at breaking records. It becomes about nationalism rather than individual brilliance.

The final selling point, and this is the most absurd of the bunch, is that the IOC created the illusion that it’s bringing the world together. Yes, they are doing so by having every single athlete to fight against each other in order to get 556g of solid gold around their neck. Athletes have been known to do whatever it takes to win. They will use whatever advantage if it meant being crowned an Olympic champion. The IOC isn’t bringing the world together to celebrate diversity and embrace tolerance. They gathered the world’s athletic citizens to slaughter each other. It’s a well-documented fact that Russian athletes were doping throughout the Olympics, but they were caught because it was so widespread and let’s not be naive, there’s probable cause other countries have done it too. So, when the IOC says it’s bringing the world together it’s creating this misconception that it’s under noble pretenses when in fact it is the exact opposite. They want to profit off the agony, the tension, and the blood-sweat-tears combination. It has nothing to do with creating a harmonious atmosphere that has those neighborly intentions of kicking the ball around in the park. It’s a competition at its most bloodlust level.

Make no mistake, the Olympic Games represent geopolitical peacocking masquerading as sport. While there’s no harm in framing your competition as being an entity that promotes togetherness, celebrates diversity and practices tolerance, there should be an alarming concern given the carelessness and fraud that’s perpetuated in these false claims. The IOC is selling you something that is not on display which is wrong. But what is on display is also fine by me. Just don’t insult the public’s intelligence by being inaccurate about your product. Inaccuracy leads to mistrust which leads to viewership decline. After all, isn’t this whole event about making money? There shouldn’t be anything wrong about admitting it.