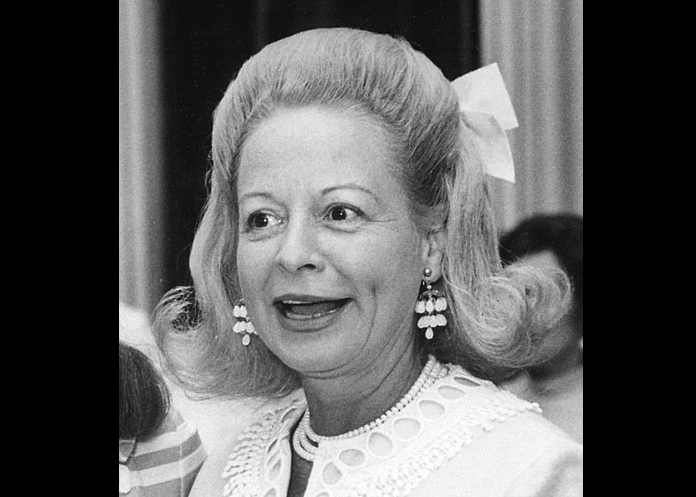 In 1988, Harvard psychologist Brendan Maher coined the term “the Martha Mitchell Effect” to refer to someone who is diagnosed as delusional or paranoid for making seemingly improbable claims — but is actually telling the truth. Martha Mitchell was the outspoken, somewhat abrasive wife of John N. Mitchell, Nixon’s first-term Attorney General and chief of his re-election campaign when the Watergate Scandal broke out. Martha sensed that Nixon was engaged in covert activities to undermine the DNC and all his opponents, and that he dragged or compromised her husband into such nefarious tactics. All the Washington establishment (except the pro-Dems press) sided against Martha accusing her of hysterical behavior, deranged personality disorder, alcoholism, and sheer folly. Even her own husband disavowed her. Then, Nixon was forced to resign under a cloud of political ignominy that has not been matched by any occupier of the Oval Office, save for Bill Clinton. There was a Monika, not a Martha at such time.

Same is happening with the few opponents of Iran on the world’s stage. The Islamic Revolution of 1979 was brought about by a sort of illuminati, self-appointed, ‘Guide of the Righteous’ cleric named, Ayatollah Ruhollah Khomeini. This revolt toppled the autocratic Shah but continued to physically liquidate the opposition -both at home and abroad- and, winding back the clock in terms of public liberties, personal freedoms, and modernization. Women rights have been relegated to the lower ranks, martyrs and ‘sons of the revolution’ were elevated sky high, and the country has become a global platform for exporting terrorism, smuggling drugs and propagating hatred and mayhem from Saudi to Bahrain, and from Syria to Beirut, passing along the way by Aden, and Gaza. The threats of Iran have not only touched its arch enemy Israel, but US Navy ships, British sailors, commercial vessels, and oil tankers bearing the flags of South Korea and Greece, and even Jewish Centers in Latin America. An international pariah state that carries its nefarious acts, unhinged, undisturbed and so far, unscathed.

Whomever points to such Iranian menace is called by the Western press, the US State Department doves, and the out-of-touch bureaucrats in Brussels, a ‘Martha Mitchell’. What are they covering up? What is the reason behind this elaborate campaign to exonerate, or justify, or excuse a regime that hangs people from cranes on a weekly basis, prosecutes opposition figures and LGBT activists regularly, shouts every Friday ‘Death to America’, wants to ‘Wipe out Israel from the Face of the Earth’, and continues -undisturbed- in building its nuclear arsenal and its ballistic missiles program?

What could the justification be? Engagement that leads to moderation, but it has never worked before. So, why should it bear fruits at present? Europe, and Germany in particular, increased its commercial exchanges with Iran ten-folds with no change in the regime’s belligerent behavior. The Obama administration showered the Mullahs with tons of physical cash, to no avail. The Biden administration has accepted to return to the JCPOA, under which Iran agreed to eliminate its stockpile of medium-enriched uranium, cut its stockpile of low-enriched uranium by 98%, and reduce by about two-thirds the number of its gas centrifuges for 13 years. Still, Iran’s behavior in Syria, Yemen, Iraq, Lebanon, and Gaza did not change one iota.

When apologists discuss Iran, they are out of arguments. Iran has not given them one reason to justify any leniency towards its erratic behavior. In truth, it is the fear of another war in the Middle East that is driving the ‘Chamberlains’ of the world against the ‘Churchills’ or the Martha Mitchell types. Push back on time, delay reforms, let the nuclear program run its course, and maybe by then Iran would change, or the regime would crumble, or its detractors especially, the Arb countries, will get tired of their disputes with Iran and settle on a compromise in favor of the latter.

On the other hand, could the few Martha Mitchell’s of the world, whose voices are being deafened by Iranian apologists and diplomacy dreamers, be actually telling the truth?  Few scholars in D.C., some human rights activists, and other victims of the Iranian Anschluss in Iraq, Syria, and Lebanon, have been systematically dismissed, for the past decade, as being delusional, unhinged, and out-of-focus on Iran. But even a broken clock gets the time right, twice a day.  Surely, when that time comes right, the Martha Mitchell’s of the world will be vindicated, but it might be too late to stave off a regional conflict that will touch everyone and especially, the Chamberlains.

History tells us, without the need of a Martha Mitchell, that appeasement has caused more wars than it has thwarted conflicts.

As the great man said: “An appeaser is one who feeds a crocodile, hoping it will eat him last.”
― Winston S. Churchill