The Confederate Republic of Lebanon 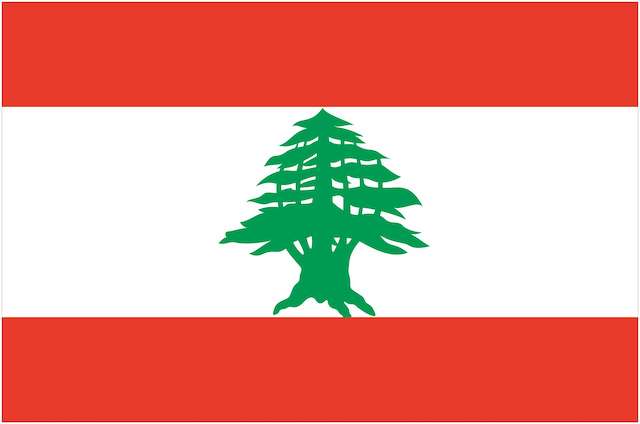 Nature: confederate, indivisible, with Beirut as its Confederal capital and the regions of Mount Lebanon, North, South, Beqaa, Hermel, Baalbek, etc., forming separate 20 something Cantons of the Confederal State. Each Canton (or Caza) would have an economic city town and an administrative one or a combined capital (as is the case for Beirut).

Official holidays: 1 day – Independence Day, and 3 weeks per annum for all Confederal employees who can choose which days to take from Christmas to Adha. The private sector has a free hand in determining its own holydays and annual vacation days without any restrictions.

Official Days: Monday till Thursday from 8:30 am to 4:30 pm + Friday and Saturday, till noon time.

On the Executive Branch:

An Executive Council (EC) effectively the Government, with a Prime Minister (PM), and no more President or function of presidency. The position of the PM shall be rotating, and the PM chosen from amongst the elected members of the EC. The EC will include all major religious groups (Maronites, Orthodox, Shia, Sunni, Druze +  rep for minorities: Protestants, Jews, Alawites). The PM will be chosen from each religious group, on a rotating basis, and for a period of 2 years (a total of 6 years). Each rotating PM shall be elected at 75% of the votes of the EC’s members. Total number of EC members to be 3 per each group + 3 for minorities = 18. EC members will be chosen by the parties who win 51% of the vote in Parliament, followed by a confirmation vote of 66.66% in the first round and 51% in the second round, by the Senate, as defined below.

On the Legislative Branch:

A bi-cameral system including: (i) a Parliament whose seats shall be allocated between Cantons proportionally to their population (18+) for a total number of 99 members; and (ii) a Senate that has 5 representatives for each Canton (+ Beirut) irrespective of their population levels. In the Parliament the speaker is voted for 3 years on a non-renewable basis at the 66.66% majority of the members; and in the Senate the speaker is voted in for 3 years on a non-renewable basis at the majority of 66.66% of the members, with the speaker being on a rotating basis chosen from each Canton. The Parliament shall vote all legislations applicable at the Confederate level whilst the co-vote of the Senate shall be mandatorily required at 75% in the first round and at 66.66% in the second round, on all legislations relating to foreign policy, voting laws, & amendment to the constitution. The Parliament shall have the sole vote on all other non-political matters. Religions of the speakers of both the Parliament and Senate are irrelevant.

Each Canton shall vote: (i)  a Governor (at 51% majority of the residents of each Canton) for a period of 3 years on a non-renewable basis, and (ii) a Cantonal Chamber (for a period of 5 years) to decide on all matters not voted at the level of the Confederate State including: schooling, working hours, holidays, arts, commerce and trade including sale of goods and produce, local policies on environment and healthcare, local taxation (see later), the right to bear arms, issues relating to Cantonal police, etc..

On schooling, in each Canton the Confederate State will be obligated to have a certain number of State-backed public schools, free of tuition, while the private sector can have as many schools including secular and religious ones. Only the same history book shall be used & taught in all schools whether public or private.

On healthcare, the State in each Canton will be obligated to have a minimum number oof public hospitals equivalent to a certain ratio of beds-per-residents to cover 50% of the needs of each Canton; with the balance being covered by the Cantonal authority & by private sector who in turn will be free to operate as much private clinics and hospitals as it chooses to.

The army shall be one and indivisible corps with battalions of equal numbers (2000 per Canton) recruited from those born (not merely residing) and posted in, each Canton. The army chief is appointed by the EC at the 75% majority of the vote in the first round, 66.66% in the second round; and 51% in the third and last round. Religion of the army chief is irrelevant. The army shall have a pure defensive role, with each battalion of the army rotating regularly on the Southern and Northern borders (land and sea), with all heavy weaponry & ammunition stocks being spread evenly between all Cantons. Each Canton will also have a reservist force equal to 50% of the number of professional soldiers (i.e., 1000 per Canton) who would undergo a mandatory 4-weeks military service annually and who have the right to keep their arms whilst being in the reservist force. The intelligence service of the army shall be strictly limited to all defense and military related issues. Any dealings in civilian matters would lead to court martial.

The Confederal Police will replace the ‘Amn Al Aam’ or ‘Surete Generale’ with its chief being voted-in the same manner as the army chief. Religion of the Confederal Police chief is irrelevant. This Confederal Police will have a dual role: control of points of entry (land sea and air) and of foreigners in the country (visitors, residents, diplomats, and refugees); and policing any inter-Cantonal crimes & infractions. No intelligence service beyond the security of border entries and foreign residents shall be conducted. Any dealings in extra matters would lead to court martial.

The State Security apparatus (Amn al Dawla) shall be abolished.

All security apparatus of the Army and Confederal Police will answer to the EC, represented by the PM who has the right to dismiss the respective chiefs of said services, for good cause. Such dismissal cannot be arbitrary or for subjective reasons, or be politically motivated or unwarranted, and the causes for such dismissal must be well laid out in the PM’s decision. Such decision by the PM may be subject to appeal before the relevant Confederal courts, without any repercussions onto the appellee/defendant.

All of the security apparatus of the Cantonal Police answers to the Governor of the Canton who has the right to dismiss its chief, for cause, a decision that could be appealed before the relevant courts, and subject to the same rules and regulations as laid out previously for the dismissal of any chief of the Confederal forces.

The Municipal Police force will be set up and funded and organized by each Municipality as it sees fit and its role shall be strictly limited to civilian municipal matters.

Individual income tax shall be a total of 15% with the Canton and the Confederate authority splitting it 50:50 and, same shall apply to the corporate tax which will be set at 20%. However, each Canton has the right to regulate their own portions of the individual and corporate taxes (i.e., lowering them) up to 50% of their stated rate (i.e., down to 7.5% on the individual level and to 10% on the corporate level) depending on (i) certain labor sectors such as people working in healthcare, education & art) or (ii) certain companies operating in Artificial Intelligence, Renewable Energy, the Environment, start-ups etc.

VAT shall replace any and all capital gains tax and shall be set at 10%. This tax will apply on the sale of any goods: movable or immovable, or on any services and products, and be split at 50:50 between the Cantons and the Confederate authority. Thus, the sale of stocks (movable assets) or of real estate (immovable assets) shall be subject to a 10% VAT instead of any capital gains taxation.

Electoral Laws at the levels of Parliament, Senate and Cantonal authority, shall be subject to proposals under review. However, the principle is that Parliamentary elections will not be based on religious proportionality but on political affiliation, Senatorial elections shall be based on communal allocations between the 18 different communities, and Cantonal elections will be solely based on the residents of such Canton (with a minimum 15 to 20 years of residency) irrespective of their religion.