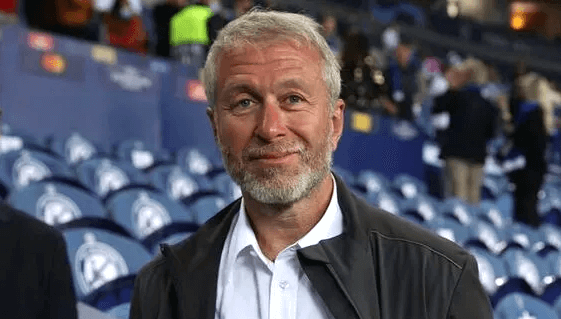 That jazz song “Putting on the Ritz” comes to mind and inspires the pun-intended title of this article.

It was in early 2017, that the monarch of Saudi Arabia launched a campaign against some 400 of the most powerful Saudis, rounding them up in one night and putting them in the Ritz Carlton Hotel in Riyadh. Soon thereafter, the world’s financial and political press went abuzz, although, for all practical purposes it was a purely internal affair. People suspected of having committed graft over decades were questioned and plea bargains were struck for the return of (reportedly) billions in siphoned-off public funds. The main criticism from pundits in the foreign diplomatic circles was that such actions were rash, rushed and lacking due process.

Fair enough, Saudi applies Shari law, which is very stringent especially, in matters of theft and robbery. Those leveling accusations against Riyadh at the time held the high moral ground since cases of white-collar crime are usually handled by courts with the attendance of counsel to defend the accused. The high moral ground of the Western judicial system is indisputable and has survived the test of time with thousands of tried cases, and well-established precedents since before the Norman Conquest of 1066. Till recently, that is.

Today, the case of the Russian oligarchs is puzzling, to say the least. They do not represent the government of Russia, nor did they – as far as we know- aided or abetted the Kremlin’s master, the sinister Mr. Putin, to invade Ukraine. The unprecedented assets-grab, from football clubs to artworks and from yachts to stocks and bonds, looks like a legal blunder. Let us attempt to elaborate.

Russia invaded Ukraine, that is an undisputable fact. However, Ukraine is not a NATO country, nor is it part of the EU, or the UK or the US or Canada. If it were, then all citizens of an aggressor nation, like the Japanese living in the US during WWII, could be rounded-up and all their possessions confiscated. A principle of international law has been broken in this instance. There is no standing for a court or a parliament in London or in D.C. or Brussels to pronounce the confiscation of assets of foreign individuals who happened to be the holders of a specific passport, and who are, to top it all, legitimate residents, or visitor s of their respective host nations.

Moreover, the causality between the oligarchs and the decision to commit such heinous act of naked aggression namely, the invasion of Ukraine by Russia, remains missing. There is a presumption of guilt by association. However, this goes against the grain of the legal principles that the Western democracies have taunted and upheld for centuries. The presumption of guilt goes something like that: these oligarchs are connected to Putin and are presumed to be his partners. Therefore, the logic goes, they are intimately connected to him and to all his decisions, including the invasion of Ukraine. Here emerges two counterarguments that we would like to present in the court of public opinion, since the courts of law have been shut down, temporarily we hope.

First, if they were/are Putin’s partners, they must have been for some time. So, if they are the quintessential product of large-scale graft, and grand assets theft of the former USSR, why in the first place allow them to buy, invest, indulge in and benefit from, the property markets of London and Monaco, and the stock market of New York, and the banking facilities of Switzerland?

Second, Putin has invaded Syria before Ukraine, apart from having annexed Crimea and encroached on Georgia’s territory. Why the overpowering air raids on Aleppo, Homs and Hama did not solicit such sweeping assets-freeze? Why the killing of thousands of Syrian civilians (and few hundred ISIS terrorists one would assume), and the destruction of entire cities did not render these oligarchs full partners with Putin in his decision to wage war in Syrian?

The tainted past and sullied reputation of many a Russian billionaire remain well-known, and need no advertising. Their misdeeds should have been (and should still be) investigated. The invasion of Ukraine is a poor justification for the reawakening of the Western democracies’ conscious. Truly, Brussels, London, and D.C. have eclipsed the Ritz’ tactics, which tactics look in their original version to be mild under the circumstances.

I leave you with this: “At his best, man is the noblest of all animals; separated from law and justice he is the worst.” -Aristotle.