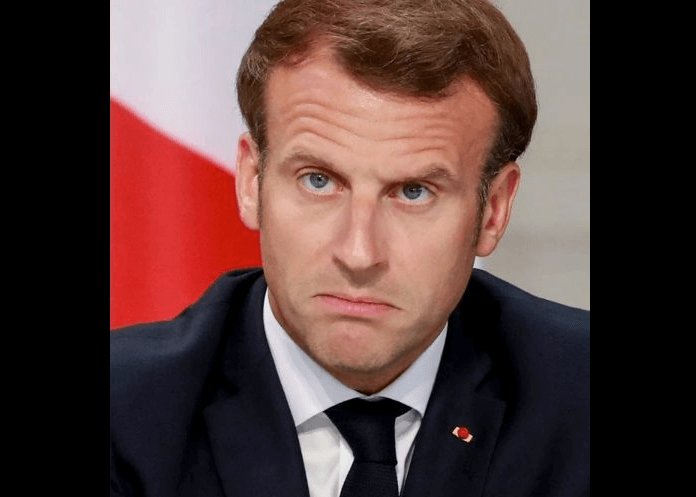 French post-colonial policies in the Middle East have been, for a long time, spillovers from General de Gaulle’s legacy. The achievements of de Gaulle are well chronicled in the Arab annals. They include, among others, the exit from Algeria despite 132 years of occupation and the anger of 900,000 Pieds-Noirs (Algerian-born French). Also one notes De Gaulle’s balanced act of standing by the State of Israel and maintaining a good rapport with its Arab neighbors. The championing of international organization such as the U.N. to mediate conflicts, and the special attention given to the fledgling state of Lebanon. Being a living leader of the victorious allies in WW II, gave de Gaulle exceptional stature and credibility.

The French establishment lived off such legacy for years till Chirac’ days when a deal was struck to secure French-Muslim votes and Gulf cash to the Republican Party he led. Unsubstantiated -but consistent- reports claim that in exchange of channeling these votes and some funds to the RPR, Chirac’ government showed laxity at the indoctrination of French Muslims by Wahhabi preachers working out of foreign-funded Islamic Centers and Mosques throughout the country. From this moment onwards, France started dealing with the Arab world not only as a former colonial territory, but as an influential bloc in domestic politics as well.

Shady funds coming from Arab leaders played an important role and, were also a factor for, causing scandals to several French leaders from Chirac to Sarkozy to Fillon. Hollande was an exception to the rule, and so is Macron, so far.

Macron, for his part, got stuck into the Arab mud the moment he frenetically worked on ‘freeing’ Saad Hariri, Lebanon’s then PM, from Saudi custody in 2017. By acting in such a rash manner, Macron won the ire of the Saudis and gained little from the destitute (in all sense) Hariri. France, a sizable security, trade, and energy partner for Saudi, was shunned by the latter on account of Macron’s theatricals when he aided Hariri out of Riyadh and into Beirut. Since then, Macron tried to restore rapports with the Gulf Arabs by courting the UAE and Qatar and by launching a charm offensive towards Sisi of Egypt. His much-welcomed visit to a devastated Beirut after the August 4th, 2020, blast, rekindled his Levant credentials. Although staying mum about the reasons behind that catastrophic explosion have dampened his motives. Finally, his recent trip to Iraq to attend a regional conference -on the heels of a $27 bln deal with Total- was another sign of reengagement with the Arab world.

However, the balancing act that de Gaulle could do between his admiration for the State of Israel (being set up by ‘resistants’ with whom he closely identified) and the genuine will to engage with a wider Islamic and Arab world, is not transpiring in Macron’s confused Middle East policies.

France, under Macron, wants to score on several diplomatic fronts but without a clear end game.

Macron wants to court the Arabs for several factors including, oil and gas deals for French energy companies and to build bridges with an Islam that is growing inside France itself. In exchange of that what is, or can Macron offer? A security umbrella against Iran, a favorable trade deal with the EU, massive cross-investments in nanotechnologies, AI? This seems a one-sided relation where the French get something at the expense of others. But the Arabs have the option of cutting such one-sided deals with much stronger nations than France, like the US, Russia and China and, still yield something for themselves.

Macron also wants to have a special relation with Teheran solely for energy purposes since Iran’s religious dimension does not cross into French territory. Except if Macron perceives the Middle East to be divided for good between Sunni Arabs and Shias (Persians + Arabs) whereby wooing Iran is akin to flirting with Iraq, Syria, and Lebanon. That could be more lucrative for France since said countries, in their devastated conditions, would look favorably at French technologies, car factories, and give France access to markets and infrastructures (ports, and railways). This goes a long way to explain Macron’s obvious support for Hezbollah in Lebanon, his muted attitude towards Assad in Syria, his engagement with Kadhimi in Iraq, and his frequent phone chats with Raissi in Iran.

Finally, halfway through all these acrobatics, Macron insists on maintaining a strategic rapport with Israel militarily, and politically. How does that reconcile with his overtures towards Iran the only nuclear-ambitious nation that has threatened the annihilation of the State of Israel at times when more Arab nations have embraced the Abraham Accords?

France, as a middle power, cannot afford to take hard sides in the divisive politics of the Middle East. That is understandable. In such instance, gray becomes the color of choice for diplomacy. However, what Macron is being credited for, is his introduction of 50 shades of gray into the fold of regional politics. Maybe he is pursuing what Klemens Von Metternich said: ”In a hundred years the historian will understand me better.”.