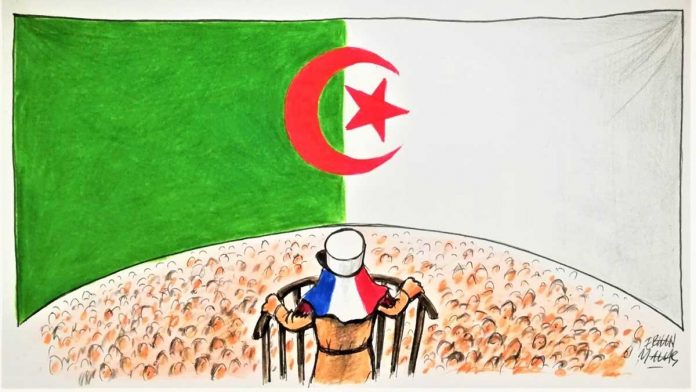 In the foreseeable future, no man or woman from Maghreb descent will run for the presidency or even the premiership in France, unlike the UK. The contrast cannot be starker between the Indian post-colonial integration in the UK, and the French-Maghreb uneasy cohabitation, more than a half century after the Legion has left North Africa.

Both the UK and France were forced to leave their colonies because their diminished state and heavy burdens after WWII, would not allow the scarred nations to continue their domination policies. Britain suffered 264,433 military and 60,595 civilian deaths during the war. 177 merchant ships and two-thirds of the Navy had been sunk; food supplies were a problem. Rationing remained in place for another 10 years. WWII destroyed France’s infrastructure and 50,000 factories. Germany appropriated half of France’s public-sector revenue. France emerged from the war economically weak.

Postwar migration fluxes to Europe caused demographic shock waves. Some 31 m migrants and refugees crossed the waters to Western Europe between 1945-1993. There has been a long history of movements within Europe (Ireland to Britain and Italy, Spain, and Poland to France), and before 1939 Europe viewed itself as a net exporter of population mainly to the US. After 1945, things reversed. The first wave was one of reflux by ethnic Europeans returning from former colonies (French from North Africa, and British from Africa, Asia, and India). The second wave was one of influx made up of workers and caused by expanding economies and ageing population (Turks to Germany, Algerians to France, Indians to the UK). The third has been one of refugees, which is still ongoing.

Within the UK not all immigrants fared the same. On the one hand, the initial flow of Indian migration started in the 1950s and included Punjabi Sikhs, and a stream of highly educated Gujarati migrants. Many ended up working as medical professionals in the NHS. In the 1970s, several migrants of Indian origin sought refuge in the UK following their expulsion from Uganda while others were fleeing state discrimination in Kenya. The vast proportion of these migrants were well-educated and entrepreneurial. On the other hand, many of the initial Pakistani and Bangladeshi migrants originated from deprived regions (Pakistan) or migrated with little means following the damage caused by war (Bangladesh). Settlers from Pakistan and Bangladesh often filled manual jobs, particularly those in steel mills and the textiles industry.

This translated into net differences in economic performance between migrant communities. The religious composition of ethnic groups could not be ignored either. A substantial proportion of UK Indians are either Hindu or Sikh. Britain’s Bangladeshis and Pakistanis are nearly all Sunni Muslim with a fair portion identifying as Muslims first, British second.

Similarities abound between the French influx migration from Algeria and the Pakistani and Bangladeshi migrants into the UK. At the turn of the 20th Century, the first stage of Algerian migrants came to work in the industrial sector, providing vital economic support to impoverished rural communities in Algeria. The second stage took place after WWII where Algerian men were recruited to rebuild the country’s damaged industry, working menial jobs, and living in shanty towns on the outskirts of cities. The third stage was based around the policy of family reunification following Algeria’s independence, which permitted the wives and children of Algerian workers in France to settle.

The migrants’ background of poor education, low-skilled manual labor, and strong socio-religious cohesion have encouraged social cloistering and “unmixed” housing in ethnically homogeneous parts of Paris, Lyons, and Marseilles. This, in turn, diminished opportunities for cross-ethic interactions and social mobility. The educational system of France both at the Lycée level as well as in universities has been exceptional in offering third generation migrants the chance to compete in the economy on an equal footing. A fair number of migrant-background students has followed the successful path from Grandes Ecoles to middle class, but most of the ethnic component did not benefit from education -or considered it- as a route for upward social mobility.

British Indians are among the UK’s leading ethnic minority groups to achieve success because of their entrepreneurial and education effort. But above all, British Indians, including Rishi Sunak, are British first, and of ethnic-Indian origin second.

Conversely, 60 years after independence, French Algerians struggle with their sense of nationalism. A French-Algerian teenager Sabrina Kalem (14) interviewed by Al Jazeera in May 2019, stated “If there’s a football game between Algeria and France, I will totally support Algeria”. We would not question Sabrina’s leanings if there was a war between the two nations.

Once Maghreb migrants and their descendants reach such a level of national consciousness, as British Indians, then they might have a shot at full participation in the social, economic, and political life of France.