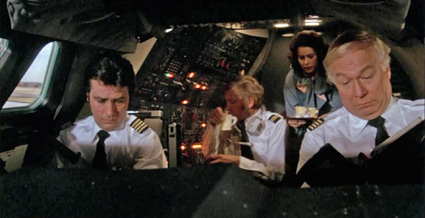 I dislike airlines of all colors immensely because they treat their clients, including first class passengers, like second class citizens. The checking lanes, even in priority sections, have become slower and longer after Covid-19, for no reason except the disorganization and laziness of the ground crew. What has changed from before the pandemic remains a mystery? If the pandemic is still an existential threat, then airlines should close their counters, and if not, then move your legs (to stay within the boundaries of decency) and serve your clients -all classes confounded- at the rate that they deserve. People in economy class are the lesser priority of all and have become even more relegated to the backstage of this industry after the pandemic. However, if passengers, first, business and economy, stopped traveling what would become of the mighty airlines? They would be grounded and forced to change their malpractices and misbehavior.

This is a unique case in an essentially service industry that behaves like a predator, a ‘give-no-damn’ actor, and one who pays little attention to the requirements of paying-clients. One’s opinion -as a passenger- is not required on matters relating to the food served (except if you keep Kosher or are a vegan), the types of music played in the cabin, the ads displayed on one’s screen, or the mix of perfumes and cigarettes in the duty-free shopping cart. Your comfort, as a passenger, matters less on issues relating to endless delays on the ground, sudden flight cancellations, gate access, rerouting, etc. As if you were a prisoner. Once in the airborne jail, you’re given a numbered seat (cell) that is not accommodating except if you pay an exorbitant price, a food tray that suits a hospital ward not a leisure/transport company; and told to wait till the captain, in his/her convenient time, let you in on the reasons why you’ve been stuck on the tarmac and waiting to take off for the past 6 hours!

This occurs less on trains and buses. This is seldom witnessed at hotels and restaurants. This could not be tolerated anywhere else except in the airline industry. Why so? Is it because taking a plane in 2022 is that different from taking a (flying) bus or a bullet train or a spaceship to Mars? Or because the pilots who operate such vessels are such geniuses who cannot be bothered, or disturbed or brought to the lower level of the mortals being flown in the aircraft?

Who died and made the airlines king or queen, for that matter? Why are consumers still tolerating such treatment by an industry that is often State subsidized in Europe, chronically bankrupt in the US, and usually State coopted in Asia and the Middle East. So, it is not an industry that has proven itself to be of success & growth, or one of exceptional innovation except for faster engines and the number of useless languages spoken by flight attendants.

If people did not depend on airlines for 99% of their oversees & long-haul domestic travels, this industry would behave differently. As long as travelers will go on enduring, silently and sheepishly, the predatory behavior of airlines from ticket pricing, to the condescending attitude of the airlines’ personnel, and to accepting the ‘myth’ that air travel is a very special service unlike a hospital bed or a hotel room or a restaurant ‘s table where a paying client is given priority and the right amount of attention, then the airlines will continue to treat all of us like dependent rats who cannot afford to leave the ship whether it is sinking or not.

Defund the airlines or refund the passengers, I say!