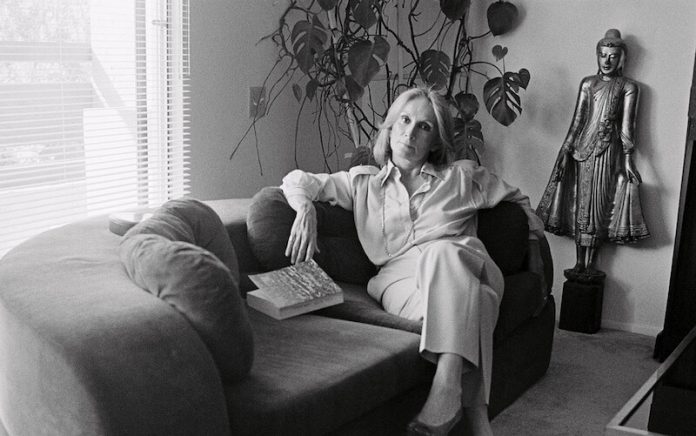 A Netflix Original has been recently released about the trials and tribulations of Fernande Grudet, better known, as Madame Claude the headmistress of a high-end prostitution network in France from the early 60s till the late 80s.  The main character, Madame Claude is played by the very talented Karole Rocher who worked on several films directed by Sylvie Verheyde starting in 1997 in Un frere, followed by Princesses in 2000, and including Madame Claude’s latest version. Back in 1977, an earlier film bearing the title Madame Claude was directed by Just Jaeckin and starring Françoise Fabian. This earlier production was a jagged take on the infamous madam’s story compared to Netflix’s, as it lacked its more subtle touches.

The Netflix production brings the worlds of politics, intelligence and sex altogether in a love-hate triangle, where politicians looking for sex make good targets for blackmail by intelligence services, who in turn offer valuable protection to the brothel madam in her quest for business ascendency.

Grudet, in real life, was reported to have said: “people pay for two things in life, food and sex and I’ve always been a lousy cook”! Turns out that the little notebook that Madame Claude kept, included famous names such as JFK, the Shah of Iran, Marlon Brando, Colonel Ghaddafi and Gianni Agnelli, hardly people who needed to pay for sex. However, the film does not explore why such high-powered individuals preferred a ‘service of prostitutes’ instead of taking on a ‘discreet mistress’ or two. Why would the rich and famous risk visit the very chic 16th arrondissement’s private mansion, or even dial-in for a takeaway service, instead of maintaining a secretive lover? Having multiple choices, is one answer. Pursuit of pleasure with no attachment, is another. Fear of jealousy outbursts -and French duelists throughout history are known for it- could be a third.

The Netflix production depicts the prostituting business as being run in a modern and efficient way, with strict rules and high standards. When you sell a service, quality has to be top priority. When you sell an intimate service, discretion is a must. Finally, when you sell a dream -even for few hours or days- perception becomes everything. Before putting them in the circle, so to speak, the girls’ physical qualities were ‘tested’ by trusted stud-friends. All clients were well known to the ‘house’ with their contacts carefully scripted in a private diary guarded by the madam herself. The appearances of the girls from clothing, to makeup, and from demeanor to manners, were of Channel’s cat-walk standards. So, Madame Claude could have been successfully in charge of any business that offered high-end personalized services be it a Michelin-starred restaurant, a luxury hotel, a Haute Couture fashion house, or even a Private Swiss Bank.

Karole Rocher plays several roles in one. The cold and absent mother to her estranged daughter, who ends up surviving such a suffocating relationship. The middle-aged woman who belatedly finds solace in the arms of a quiet man only to realize that she was being used not loved. The reluctant informant to a distrusted police force. The unwilling but natural partner of the mob. The sometimes caring, older sister, to her favorite girls whilst continuing to exploit them ruthlessly.  But in all of her incarnations, Karole Rocher is fully convincing and comes out as, genuinely in-character.

By the end of the movie, after having served time in jail and aged quite a bit, we see Fernande sitting on  a bench in what looks like a beach town in the South of France. She’s suddenly looking at a group of young women who could be, in a previous life, perfect specimens of her discreet services. Her smile when eyeing such innocent women, is both endearing and spine-chilling in its effects.