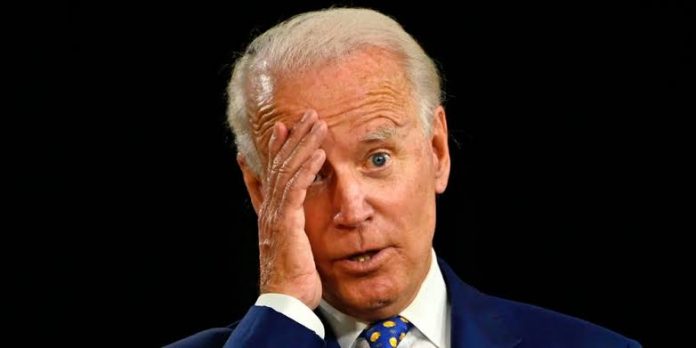 This article relates to the US administration’s policy towards the Gulf region of the Middle East. It does not concern itself with the new drive by the White House to appoint a female, black candidate in replacement of Justice Stephen Breyer to the US Supreme Court. Whilst this positive discrimination policy will be viewed, and fought, as unconstitutional by many legal scholars since the constitution does not allow any discrimination (positive or not) based on religion, or creed, and hence extendable to race, we shall not address this matter in this column. We shall watch with excitement though, how this farce of political correctness will play out on national TV.

This article will also avoid addressing the handling of the Covid-19 pandemic by the Biden administration, which in all fairness is as bad or slightly worse than the preceding one. However, this White House vowed to redress the imbalanced approach of the Trump administration only to inherit Fauci and his echo chamber of civil servants. They seem to be serving anything but the public and the health concerns of millions of Americans, and are more worried about their image, and how to handle scathing questioning by US Senators. When public health officials spent more on prime-time TV than in some crisis room, or lab, or center for fighting the disease that is afflicting humanity, you can readily tell that they have become politicians and not health caring officials. But again, our article is not about this issue.

To save time, we will also refrain from talking about the response of the US to Russia’s sabre rattling in Europe. The US wants to look tough -not vis a vis Russia- but in the face of China. It is showing the Asian Dragon that it can manhandle the Russian Bear and put it back into its box, as soon as its paws cross the Ukrainian border. The problem is that neither NATO allies (especially France and Germany) nor the Ukrainians are willing to play a game of Russian Roulette with Biden at the helm. The only ally that Biden has found in this European mess, is Boris Johnson whose country is no longer part of the EU, so what’s he to lose if all hell breaks loose on the Eastern front? The Germans need Russia’s gas and France cannot confront Russia on its own. Italy, Spain, and Greece are not even a match to Russia’s military band. With whom is Biden planning to fight remains a mystery for many including, people at the Pentagon. But this question is also beyond the scope of our article.

We cannot even start discussing the handling of China’s assertive -if not aggressive- policies by the current administration. The current POTUS who wanted to bring the tensions between the US and China few notches down, succeeded -almost single-handedly- in raising the bar of confrontation to levels unseen since Tiananmen Square. Although the language of this administration is more tempered than its predecessor, the US has pushed further with the Uyghur Forced Labor Prevention Act, continued to sanction Chinese firms, announced a diplomatic boycott of the Beijing 2022 Winter Olympics, and initiated an official investigation to determine whether the Covid-19 pandemic could have originated in a Chinese lab. Only this week, the US has called on China to weigh on Putin to moderate his stance on Ukraine, and to influence the Iranians to adopt a more constructive behavior at the Vienna negotiations. How do these contradictory moves reconcile? We leave you with our same perplexed feelings about this conundrum.

And now to the Gulf region. Did we miss anything in enumerating the brilliant, strategic, and calculated moves of the Biden administration both domestically and internationally? We think not. So, the Biden administration that has removed the Houthis from the terrorists’ list (because they were only shelling Saudi, which was alright for Biden since MBS was a chum of Trump) is now facing a new reality. Missiles are hitting Abu Dhabi, which is a close US ally. And what did this US administration do? Express its displeasure with the Houthis and using that same meaningless oral (not moral) authority, vowed to support the UAE after the latest attacks. Did it put the Houthis back on the terror list, or deploy its land-sea-air arsenal present in Arabia, or provide the UAE with a protective shield? The answers to these pertinent questions lay before the current US administration which is using them as a door mat for Iran’s Mullahs. The Mullahs, in turn, are wiping their feet with the credibility of this US administration and the security of their neighbors. But the Biden administration in its infinite wisdom sees matters differently.

In the first year of a presidency this could be blamed on ignorance rather than arrogance, but Biden was taunted throughout the presidential campaign, as the next US president with most foreign policy experience. Maybe a zillion time less (but still) ignorant in foreign policy than a Trump for that matter. But Klemens von Metternich, the famed chancellor of the Austrian Empire always quipped that: “Ten million ignorances do not constitute one knowledge.”