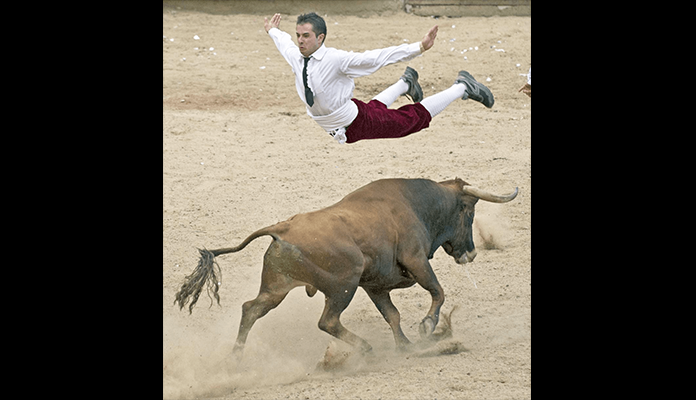 So, calling a Covid-19 British or South African or Brazilian variant is OK, but calling it a Chinese Virus would be considered a racist statement?! Are the Brits, South Africans and Brazilians free for abuse by racial slurs, whereby the Chinese are off limits? Who decreed such ruling, the Almighty Court of the Washington Post, or the NYT or the High Tribunal of CNN? One is curious to know what the Political Correctness Police has next in the offing in order to ‘Be Prepared’ as the old motto of the Boy Scouts says, for the next wave of Kosher and socially acceptable terms.

Wait a minute, did you say Boy Scouts?! This sexist, phallocratic, white supremacist organization that promotes young, white male-only who bond together in the spirit of camaraderie, outdoors activities, and learn about bird watching, night hiking, craft games, and survival kits. Was such an organization, over the years, not responsible for inspiring Hitler’s Youth Movement, Mussolini’s Black Shirts, Stalin’s Red Legions, Kim Jong il, Pol Pot, Bin Laden, and Trump’s MAGA movement followers? No doubt they must have been at the genesis of such nefarious groups, and one should apologize to readers for skirting with the idea of mentioning them in a text. But wait a minute, The Watch Post is not the Washington Post and one can freely express his/her opinion without the need of ‘Taking the Fifth’ for every syllable. One should recall a famous song by Tom Lehrer the late Harvard math professor who also was a pianist, a singer and a satirist, entitled: ‘Be Prepared’. In one part of the song Lehrer says in a friendly warning to the Boy Scouts:” Don’t write naughty words on walls if you can’t spell!”. Our spelling is fine, presumably, so one should continue writing.

In the first paragraph the word ‘Kosher’ was also used, instinctively. This might offend some because the word betrays a Jewish bias, an inclination to use Hebraic terminology or euphemisms employed in certain circles or societies or ethnic groups, to get a point across. The Political Correctness Police would be offended and would insist (not only require) on the usage of other words by saying that such and such situation is not ‘Halal’ instead of not ‘Kosher’, at least alternately, or from time to time. They would argue that there are 14 million Jews in the world compared to 1.8 billion Muslims and offending that many while courting so few is akin to inciting civil discord on a global scale. This could destabilize the planet, and by then, even Greta Thunberg would not be able to help! Other Political Correctness Police members, who happen to be atheists and don’t care much about religious vernacular would be offended by the word ‘Kosher’ because of its allusion to specific dietary foods. Vegans would be appalled in the Kosher diet by anything ‘fleishig’ such as mammals or fowl, as well as products derived from them, including bones or broth. All Lacto-Ovo Vegetarians, and their friends, would be hellbent on the Kosher category of ‘milchig’ including milk, butter, cheese and yogurt. Anything ‘pareve’ in the Kosher diet that comprises any food that is not meat or dairy, including fish, eggs, and plant-based foods, would upset all Pescatarians and their close circle of supporters. Honestly, using the word ‘Kosher’ would cause such an uproar with religious, ethnic, social political and galactic proportions, that the Political Correctness Police could not tolerate. For such reason only, one should use as many ‘revolting’ terms as one could contrive including Kosher, Colonial Past, Blackmail, Spanish Flu, French Kiss, Boys will be Boys, In God We trust, and Make America Great Again, as frequently as possible.

Finally, in a moment of carelessness the name Greta Thunberg was mentioned in the above paragraph as potential savior of our planet. One could argue that the use of Greta’s name was made in vain and did not mean to glorify her achievements or sanctify her words or worship her deeds, as the Political Correctness Police would like us to do. Others would say that by mentioning her alone without noting the passage of the Messiah Obama(s), husband and wife, one would betray the Trilogy of Modern Sainthood. They have a point. When science is shunned and only youth arrogance, naivety and borderline autism is taunted as the cure to Climate Change, one should stop, take stock of the situation, and run as far as legs can carry. However, even in this last paragraph the use of autism and of one’s legs (for those who are paralyzed) is highly insensitive, utterly offensive and much degrading to people with mental or physical handicaps. Again, the word handicap is no more of acceptable usage, and alternatives should include affliction, barriers or impediments, or even ‘unnoticeable challenges’ that should always be disregarded.

Till, you read me again, may words amuse rather than offend you!