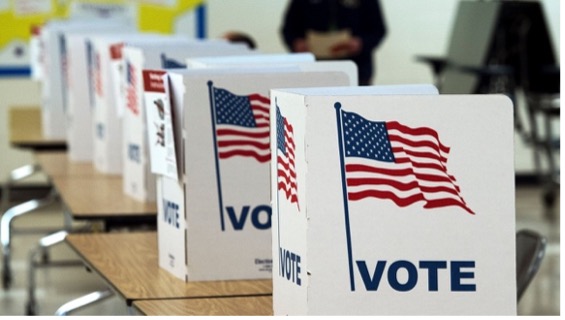 The US midterm elections of 2022 will have little impact on the Middle East not because the Democrats kept control of the US Senate, or the Republicans failed to generate a Red wave. Not because Pres. Biden is intending to run in 2024 and will stay the course of his foreign policy (or lack thereof) in the region. But because the region has moved past the ripple effects of the Washington political circus, few years ago.

Take Saudi for instance, its oil facilities were under killer drone attacks during the Trump administration. US politicians from both sides of the isle failed to lift a finger and assist the Kingdom to thwart or deter such blatant attacks by Iran. The US did not enforce a ‘no-fly zone ‘over oil facilities in the Gulf region, as did Pres. Reagan in 1987 when he allowed Kuwaiti oil tankers to hoist the US flag and afforded them the protection of the US Navy when navigating through the straits. That ingenious scheme did not cross the minds of the less ingenious D. Trump and the even lesser J. Biden, and if not to preserve Saudi at least to offer energy security for the global markets. Trump was quick to ask for cash from Saudis to help modernize the US’ infrastructure, and Biden was quicker to command them to increase oil production prior to the midterm elections. As it turned out, the US infrastructure didn’t need Saudi cash and Democrats fared rather well in the midterm elections, despite oil production cuts. In any event, Saudi, since MBS’ ascension to power, has expected little and sought even less, from any US policymaker. Saudi’s foreign office is reportedly busy honing its skills in Mandarin, Russian, Japanese, and why not, in French.

Take Iran as another example. Under, Pres. Trump the country sustained the worst barrage of economic sanctions ever imposed on any nation by the US, save Cuba. Iran, as far as the regime is concerned, endured, and survived, and yielded not one inch of diplomatic territory to the White House. Iran’s regime resilience proved its metal in the aftermath of a severe collapse in its currency, the assassination of Qassim Soleimani and the devastating ravages of the Covid-19 pandemic. Under Pres. Biden the reset was a bit more promising for both sides, but the immediate future looks bleaker for rebooting the JCPOA. Internally, Iran is saddled by human rights demonstrations, regionally it is stuck in the Azeri-Armenian armed conflict and, internationally, it has sided with Russia in a European war the outcome of which is far from certain. However, in no apparent way is it maneuvering to please, court, or woo US diplomats or lawmakers, irrespective of their partisan loyalties. For Iran’s Mullahs, both Democrats and Republicans represent the two faces of a same coin, and they have some experience in that, having dealt with 7 successive US Presidents.

Take Israel, as another case in point, and one will quickly conclude that US domestic politics has less and less impact on the Hebrew state compared to the past. Only a decade ago, no elections in a NY borough would go unnoticed in Israel. US senators, congressman, governors, and even mayoral candidates, let alone future presidents, all have campaigned in Israel to woo Jewish voters back home. However, that is no more a norm. The estrangement between the US base of Jewish voters and the Israeli population is real and at an almost irreversible course. The gulf encompasses issues such as the continued occupation of the West Bank, the use of excessive force by IDF, and matters relating to secular vs. religious aspects of life in society. These schisms have only widened over time and rendered both sides irrelevant to each other. Also, the relative influences of AIPAC and J-Street are self-neutralizing, at best. Whether it is the Democrats or the Republicans who control the White House or the US Congress, their brands of divisive politics have become a toxic export to Israel, where it mutates into a political football tossed between Likud and its adversaries.

The days when the White House could count on ‘Bandar Bush’ -almost blindly- to fund the Contras in Central America, or on hardliners like Begin or Rabin to deliver peace treaties, or even on the Mullahs to coordinate covert arms’ sales, are apparently gone. Still, the US holds sway over smaller or fractured nations such as Iraq, Syria, Lebanon, Jordan, Oman, and Tunisia, who periodically seek the support of the IMF or US Aid or receive some out-of-date military hardware to shore up their armed forces. Middle sized nations from Egypt to Turkey and from Iran to Saudi, hold both their grounds and their views more assertively these days, and are not easily shaken by a phone call from the West Wing or Langley.

While a visit by a US President to the region used to generate a roar, today it hardly produces a whimper. Compare that with any potential visit by President Putin or Xi, and you can gauge the (real) difference.

When US domestic politics turns into a Barnum Circus type of activity, the rest follows. Horatio Humphrey Jr., a lesser-known US politician who served as the 38th vice president of the United States from 1965 to 1969, famously said “Foreign policy is really domestic policy with its hat on.”