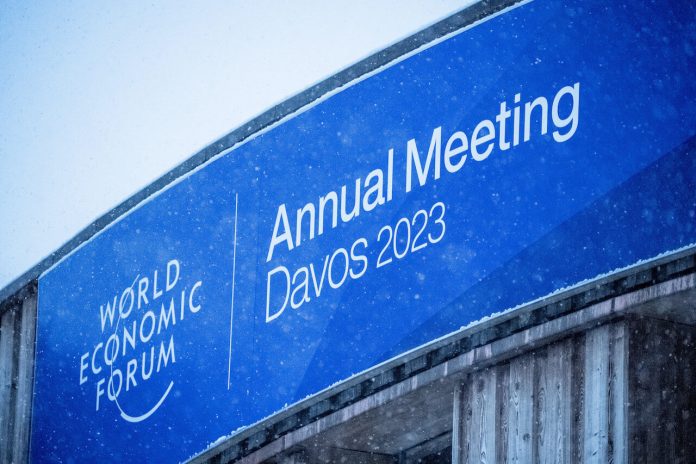 Davos’ organizers this year must feel a whiff of geopolitical pressure floating in the air. 2023 is starting with a certain je ne sais quoi of uneasiness for the debate on global trade and cross-border deals. Although many attendees, with impressive pedigrees, will show up in the remove Swiss ski resort, they’d have very little to show for. The mantra of ‘globalization saves us all’ which has been professed in the corridors and at fireside chats in Davos, is profoundly sapped.

The de-globalization trend that started with the Covid-19 pandemic got the last nail in its coffin somewhere on the Ukrainian front, courtesy of Vladimir Putin.

The spiel of liberal capitalism went as follows: developed nations will focus on innovation -using advanced technologies- and outsource production to poorer nations, making the world interdependent. This, in turn, would render the possibility of conflict remote since no nation, acting in self-interest, would risk upsetting the balance for fear of economic backlash. In a sense, assured global misery would ensure global happiness via global trade. Just like the Cold War era strategists who advocated that a nuclear balance between the US and USSR would maintain world peace by keeping the respective superpowers away from the red buttons.

In recent times, this theory has backfired not because it is inherently wrong, but because nations and individuals operating in the capitalist system do not view world peace as a core objective. Trickle down economic effects might be a consequence of global trade, but creating a balanced, conflict-free world, is not a corporate -and surely not a national -goal.

The US pushed for China to enter WTO not by altruistic motives. Large US corporations wanted to delocalize their costly manufacturing bases from home to cheaper plants in China who, embraced this move not only to create job opportunities but to increase exports and to import/steal advanced technologies. US corporations benefited from reduced costs, and China won labor slots, but in turn, this meant less jobs in the US and more dependency of the value chain on overseas supply routes. The effects of delocalization on impoverished US communities led to extreme populism and to Trump in the White House whose first act was a tussle with China. Moreover, during Covid-19 globalization meant that US goods manufactured far away from home, took endlessly to reach consumers thus, undermining customers’ satisfaction and profits.

To compete with the US-China behemoths, Europe (read Germany) went on a production overdrive and over-regulated goods and services. This was translated into fiscally conservative policies and centralization of decision-making by un-elected officials in Brussels. So bad was the concentration of power in the hands of few bureaucrats that it led, in part, to Brexit, causing a serious dent in the armor of ‘Fortress Europe’. German manufacturing overdrive meant further dependency on Russian gas whilst shunning all other traditional energy sources. Coal was considered too polluting for the ‘German Greens’ and nuclear power too dangerous (and not German made!). So, European liberals spreading the global trade gospel -often professed at Davos- encouraged more production and more dependency on Russian gas. The theory was that a ‘win-win’ situation would never be challenged by the very parties who benefited from it.

Then came Vladimir Putin, who in a desperate attempt to reassert Russia’s lost superpower status, invaded Ukraine hoping for a swift victory. Whether Putin concocted the war all by himself or was covertly encouraged to doing so by US trickery (almost as Saddam Hussein was not discouraged from invading Kuwait in 1990) remains to be seen. In all events the origins of the conflict, its causes and consequences are well beyond the scope of this analysis.

However, what is at the heart of the debate, is that despite the US’ dependency on cheap Asian labor and on the Chinese buying $ billions of TBs, the US embarked on a frontal challenge to Chinese hegemony. In that same vein, irrespective of Russia’s material interests with Germany and the rest of Europe, it unleashed a brutal war on Ukraine which directly threatened its energy export markets and caused mayhem for its domestic economy. Finally, China, and in direct opposition to its long-term economic interests acted -and continues to act- in a predatory fashion in the South China Sea becoming an imminent threat to Japan, S. Korea, Taiwan, Vietnam and even India, which are all potential markets for Chinese manufactured goods.

This time in Davos it might be clever to lend an ear to Henry Kissinger and his ilk of geopolitical gurus. By video-link yesterday, Kissinger abdicated to the notion of Ukraine entering NATO, after having lectured for its neutrality in the past. This bodes ill for trade diplomacy and globalization whereby Russia will feel further isolated and more dependent on an assertive China. By the same token, this bodes well for the US defense and energy companies who are selling goods, in $, at exorbitant prices to a Europe that is gripped by the fear of war and of a cold winter.

Maybe another form of cold war is back (pun unintended, or maybe not?).