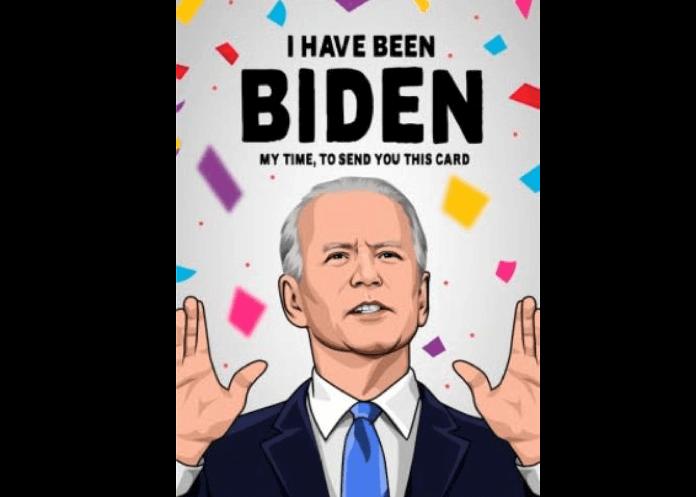 The Biden administration is the first and only present-day democratically elect government (China and Russia being outside this definition) who has been explicitly operating under the principle of the ‘Reason of State’ or what the French 18th century diplomacy dubbed as ‘raison d’état’. This principle refers to the right of rulers (presidents and governments in modern times) to act in ways that go against the tenets of both natural and positive law with the aim of acquiring, preserving, and augmenting the dominion of the state.

When Russia invaded Ukraine, with this US administration fomenting most of the covert operations that preceded (if not encouraged) such naked aggression, natural energy became a dear commodity. True to form, this US administration made blunt overtures towards both Iran and Venezuela to secure alternative oil supplies for allies, without any qualms about their theocratical and dictatorial regimes, respectively. Moreover, it made a short-lived pivot towards the GCC to reconcile with the Gulf rulers, after threatening to turn them into ‘pariahs’, only to secure a constant flow of oil at reasonable prices, and to avert any price hikes which could negatively impact the US mid-term elections.

But when OPEC+ decided to cut oil production in October to maintain its price edge and fend off slower global demand due to recessionary pressures, the US chided Saudi (alone) and accused it of aiding Russia. In that same vein, the US continues to be engaged overtly and covertly with Iran notwithstanding its supply of killer drones used by Putin in kamikaze attacks on the civilian population of Kiev. Saudi did not get any respite notwithstanding its recent vote in the U.N. against the annexation by Russia of part of Ukraine and, after sending $400 m in aid to Ukraine this last week alone.

This US administration pretends to be in support of Europe during these dire times on the Continent whilst quadrupling the price of US gas sold to European counterparts. One remembers that FDR sold hardware to Britain, who stood alone for a good part of WWII, on credit and not in a commercial bargaining style. This time around the Germans, after the Ukraine war, had no choice but to buy F-35 fighter jets at top prices, while Sweden is rumored to follow suit, at the chagrin of the French whose defense industry stands idle in the midst of this lucrative trade.

Other countries too namely, China and Russia use the ‘raison d’état’ to act in the sole interest of their national strategies. On the one hand, Russia intends to re-expand its sphere of influence after the collapse of the Soviet Union by a series of landgrabs and unprovoked conflicts in Georgia and Ukraine. On the other hand, China is embarked on a neo-colonial trajectory through the ‘One Belt One Road’ project that intends to enslave poorer nations in Southeast Asia and Africa through a debt trap. However, both Russia and China are ruled by dictators or are under a single-party rule, whereas the US professes to be a Republican democracy not under Biden, apparently.

This is an administration that relishes conflict, stokes turmoil, picks fights with long-term allies and forges alliances with avowed enemies. A senile president bent on being re-elected, against the laws of logic and nature, has become entirely beholden to Big Defense and Big Oil. There is no other angle, way, or perspective to better describe this administration’s attitude or attributes on the world stage.

One of the wiser US Presidents, Dwight D. Eisenhower, who led the Allied Force in the European theater of operations during WWII, had the following to say about the risks of wars and conflicts:

“Every gun that is made, every warship launched, every rocket fired signifies in the final sense, a theft from those who hunger and are not fed, those who are cold and are not clothed. This world in arms is not spending money alone. It is spending the sweat of its laborers, the genius of its scientists, the hopes of its children. This is not a way of life at all in any true sense. Under the clouds of war, it is humanity hanging on a cross of iron.” Whether Biden will heed the warnings of Ike, or not, will make little difference, now that the military-industrial complex (which Ike warned against during his January 17, 1961, farewell address) and the successors of the seven (oil) sisters, are in charge.