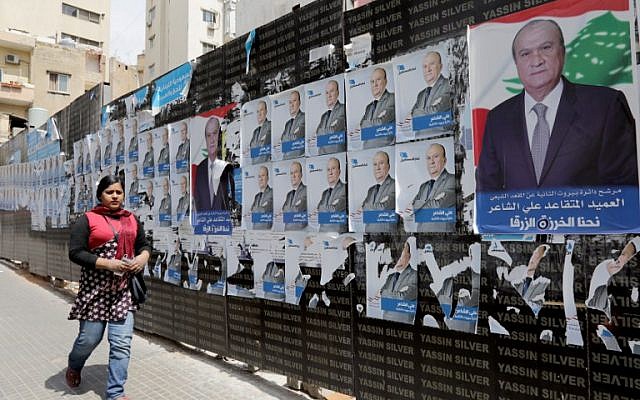 Throughout its recent history as a Republic, Lebanon’s parliamentary elections have been, in essence, a plebiscite premised on a national binary choice, despite their farcical undertones and colorful patterns. What is essential to keep in mind is the fundamental difference between the form and the substance of elections in Lebanon.

On form, Lebanon’s upcoming elections shall not disappoint. They will display all the folkloric trends and masquerading patterns for which they have been known. We shall witness the so-called electoral ‘keys’ or paymasters who bribe willing voters, the forged name rolls that contain both the dead and living, the candidates without programs but with sensational titles (e.g., the “Nation’s Savior” or “the Sword of the Community”) and; finally citizens who cast their votes with zero scrutiny of anyone’s record except his/her sect. Elections being a hallmark of democracy, have recently become a must for all repressive regimes since they bestow a veneer of good practices onto the rotten system. Such perverted elections cannot be viewed as proof of voters’ free choice but rather as a fool’s party where candidates are hand-picked, and outcomes are known in advance.

On substance, Lebanon’s elections will be held under occupation. Iran -via Hezbollah- controls all three branches of government and yields significant sway over the security forces. Since 2005, Hezbollah has embarked on a gradual takeover of the State through a systemic terror campaign that was ushered with the killing of Rafic Hariri. Within ten years only, its grip on governmental agencies has been hermitically sealed.  There is a universal principle that elections, held under military occupation remain illegitimate; legitimacy is not determined by the diversity of candidates, or the number of people voting. The sole purpose of such elections would be to legitimize the occupation itself, not to vindicate the electoral results. Even the US has had a long history of using elections held under conditions of war and occupation to legitimize its presence – the January 2005 elections in Iraq mirror the 1967 election held in South Viet Nam, also held to give credibility to Washington ‘s puppet government.

Since official Statehood in 1943, Lebanon’s parliamentary elections have had a substantive meaning that exceeded the mere filling of vacant seats. They were defining contests between national alternatives. In the early 1940s those who cast their votes had to choose for or against Independence from France. In the late 1950s, elections decided whether a Centralized State should emerge rather than a modern feudal system, especially after the civil unrests of 1958. In the late 1960s, elections were for or against the Undue Influence of Nasser in Lebanon and the crushing weight of the Arab Israeli conflict. In the 2000s elections were about Liberation from Syria’s hegemony or maintaining its status quo. Today the parliamentary elections announced for next Spring, are for or against the Unshackling of the State from Iran’s bondage.

Lebanon’s legislative elections, despite the inherent flaws in democratic institutions, have always centered around critical decisions whose consequences affect the entire nation and its interactions with the Arab world, and the world at large. In all the above noted elections critical themes such as France’s colonial role, Nasser’s assertive Arabism, Syria’s unending military occupation, have been on voters’ minds without necessarily being on the tickets. The upcoming elections, if they were to be held, will be no exception to this rule.

Sensible and responsible citizens must stand firmly against any elections in Lebanon under the occupation.  All so-called ‘Patriots’ and ‘Sovereigntists’ candidates should staunchly oppose any electoral process when considering the national risks at stake. However, if elections were to be held -for all intents and purposes- they must be solely based on a binary choice of freeing Lebanon from Iran’s hegemony or becoming an official Iranian Client-State. Anything else is a travesty of democracy no matter how much spin is put on it.Nothing captures the moment more than this quote from Abraham Lincoln: “Elections belong to the people. It’s their decision. If they decide to turn their back on the fire and burn their behinds, then they will just have to sit on their blisters.”